DxOMark is a popular camera evaluation agency that recently extended its practice to audios. Recently, it released the audio score for the Xiaomi Mi CC9 Pro exclusive version. According to theÂ DxOMark team, the audio score of the Xiaomi CC9 Pro Premium Edition is 54 points. 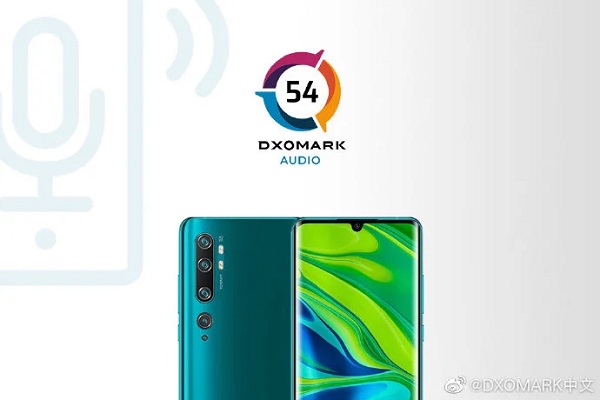 This is a relatively low score compared to other devices it has tested so far. The overall performance of the single speaker of Xiaomi CC9 Pro Premium Edition is pretty good. However, the sound field is narrow, unbalanced, and the bass is severely insufficient. In addition, the sound is extremely distorted at maximum volume. However, there is very little sound loss at soft to nominal volume.

The DxOMark team believes that the most obvious flaw of the Xiaomi CC9 Pro Premium Edition is the single speaker. This configuration makes it sound unnatural when playing music and movies, and it can cause problems when playing games.Â In addition, this device also includes shortcomings such as insufficient bass, recorded stereo inversion, and severe distortion at maximum volume.

In terms of advantages, the playback performance of this phone is very accurate and clear. It has good positioning ability and distance presentation, suitable for listening and recording non-music content (especially situations such as voice files or conference rooms).

Read Also:Â Â Xiaomi explains why smartphones with cameras under the screen will take longer