Back in the last year, MediaTek announced its first flagship gaming SoC, the Helio G90. The first smartphone to sport this chipset was the Redmi Note 8 Pro which can be considered a success from Xiaomi. The chipset brought performance and power efficiency to the table outperforming the Snapdragon 730G â€“ Itâ€™s a major competitor in the category. Now, the chipmaker has an even more affordable solution for gamers â€“ The MediaTek Helio G80.

The new chipset stands between the G90 and the G70 that was unveiled last month.

The SoC is built on the 12nm node and offers an Octa-Core CPU with 2x Cortex-A75 cores clocked at 2.0GHz. The other cluster comprises 6x Cortex-A55 cores ticking at 1.8GHz. We can pretty much say that this new chipset is pretty much similar to the G70 but clocked at higher frequencies. 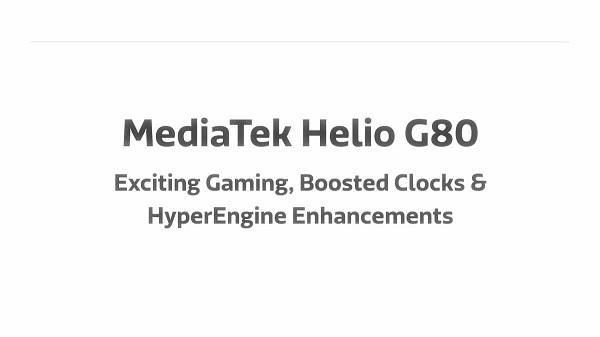 The new SoC borrows the same Mali-G52 GPU from its sibling, once again, offering higher frequencies. The G80 boasts a 950MHz GPU while the G70 settles for 820MHz. The new SoC also includes some of MediaTekâ€™s proprietary technologies such as the HyperEngine. The same feature is present in all the three chipsets of the G-series. There is also built-in Voice on Wakeup feature â€“ it lowers power consumption for voice assistant services.

The new Helio G80 is expected to power new handsets which we will start getting as from this month. Along with it, we may also see the aforementioned Helio G70. According to rumors, Xiaomi may repeat the partnership with MediaTek and launch these new chipsets in the upcoming Redmi 9 and Note 9 series.

Samsung Is Rolling Out Good Lock 2020 With Android 10 Support