Huawei announced its Vision Smart TV lineup in China in 2019 and now, the company has confirmed that it will be adding a new Enterprise-grade Smart Display to the lineup at itsÂ Feb. 24 virtual press conference in Barcelona, Spain. This move is expected to take on the likes of Microsoftâ€™s Surface Hub 2S Whiteboard for enterprise users. 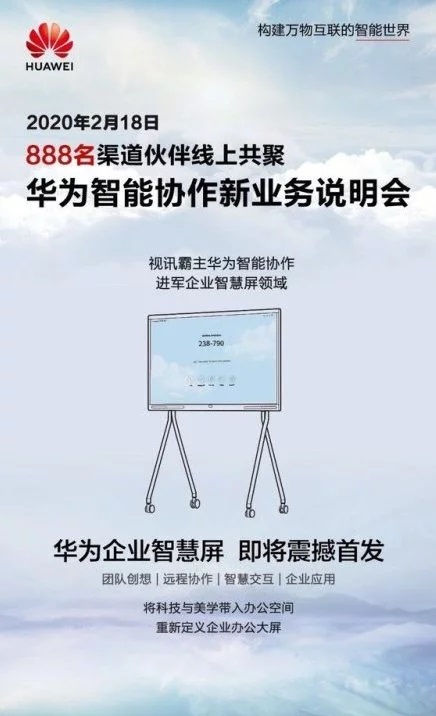 A teaser video from the Chinese manufacturer confirms some of the features on the device. 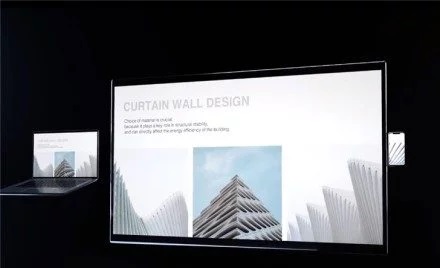 The smart display will be portable as Huawei is offering;

Being an enterprise-grade solution, we may expect support for 5G too but that is yet to be confirmed.Â

Recall that, the Huawei Vision TV is a smart device thatâ€™s powered by the Honghu 818 quad-core processor based on Cortex A73 with a quad-core Mali-G65 GPU handling the graphics. The smart TV comes in three sizes: 55â€³, 65â€³, and 75â€³ and features a 65W speaker unit on board. The pop-up camera onboard the 75-inch Huawei Vision TV model supports 1080p 30 fps video calls. For connectivity, you get 5GHz Wi-Fi dual-band Wi-Fi, Bluetooth 5.0 & Bluetooth LE along with HDMI 2.0, coaxial, and USB 3.0 ports.

An upgraded connectivity specs is expected for this upcoming enterprise-grade Huawei Vision Display. According to the teaser video, this smart display will offer similar functionality to the Microsoft Surface Hub 2SÂ that was launched last year.
Join Us On Telegram
ALSO READ:  Honor Unveils 7nm Kirin 820 5G Chipset; An Upgraded Version Of The Kirin 810
Advertisment

Google Now Allows You To Auto-Delete Your Location History And Activity...