A lot of questions has been begging for answers due to a some conspiracy theories going round over the rolling out of the new technology in the telecom industry. An example is “How is 5G radiation dangerous to humans?”. This question generates fear for the most part, because of the word radiation, so a quick explanation is in order.

According to what I learnt back in school as an electronic/telecommunication student, 5G radiation is safe. However, I have noticed that when a lot people cannot differentiate between the word â€œradiationâ€, and â€œradioactivityâ€. Now, you need to understand the differences between the two words because that will give you a good place to start.

The electromagnetic spectrum shows you where each type of radiation exists and how harmful they are. To the extreme left are the least harmful and to the extreme right are the really dangerous ones. 5G exists in the left (safe) section of the spectrum straddling radio frequencies and microwaves.

Those radiation on the extreme right of the spectrum are the really nasty guys. As you move towards the left, things get less nasty. Ultra-violet rays are not as bad as x-rays, though dangerous too. Overexposure to ultra-violet rays will give you sunburn. Visible light is cool. Microwaves are cool, and the least dangerous of them are radio waves.

Let’s put that chart in plain English: you are more likely to die from overexposure to visible light than to die from 5G radiation. Really? Yes; really.

So, is 5G really dangerous again? There. You should be able to answer that by yourself now. I donâ€™t even have to spell it out for you.

Donâ€™t listen to those conspiracy theorists out there. They are scaremongers who have an appearance of knowledge but spout a mish-mash of junk to drive fear. Here is another visual representation of the electromagnetic spectrum. 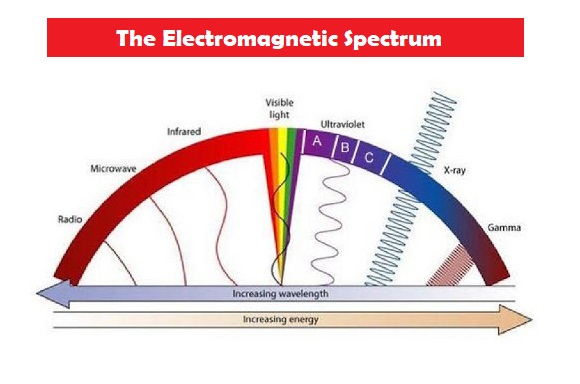 Can 5G Really Hurt You?

As already shown to you above, 5G radiation is not radioactive. A heavy exposure to x-rays can kill you, because x-rays are ionizing waves. Gamma rays too. But not 5G, which falls way within the safe section of the electromagnetic spectrum.

There is no solid evidence that 5G radiation,Â or any mobile communications radiation, can harm you. There have always been concerns, but concerns do not translate to evidence. None of the tests and studies done over the years till date have come up with anything to confirm that mobile radio waves cause cancer or can kill you the way they have been used and are being used.

ALSO READ:  Apple hires a team of 1000+ engineers to work on a custom 5G modem

Too much of anything can harm you, of course. Even too much of light. But there are regulations in every country making sure that the concentration of 3G, 4G, and 5G towers is such that wireless exposure is well within safe limits. How dangerous is 5G radiation and can it kill you? 5G radiation is safe. It probably can hurt you badly or kill youÂ IfÂ you are locked up in a 5G oven and the nob turned up to the highest notch. Visible light can probably be used to kill you that same way.

Note that research is going on all the time. If anything scary turns up, you will hear it from me and from others who are truly committed to publishing the results of scientific study. What we will not do however is stand by and allow semi-ignorant people spread falsehood about technological advancement and public health.

What Of 5G Satellites Killing People?

You have also likely read somewhere about 5G satellite killing people. That is another falsehood and unfounded creation of peopleâ€™s wild imaginations. There are no 5G satellites that will kill you or anyone else. The electromagnetic emissions from any telecommunications satellites orbiting the earth are harmless. You should be more worried about satellites that are deployed in space for military purposes.

ALSO READ:  All You Need To Know About The New MTN XtraValue Plan: Bundles and Tariff

If 5G were operating in the same spectrum as x-rays or gamma rays, there would be cause for alarm. If 5G were operating at the same frequencies as ultra-violet rays, there would be some cause for alarm. But it operates far far below those harmful radiations. It is non-ionizing. It operates far below the energy levels of visible light too.

Again, can 5G radiation kill you? Again, the answer is, It is not dangerous at all. Both 4G and 5G are within the safe zones of the electromagnetic spectrum. This is basic physics. It is so basic that we should not be having an argument over whether 5G is harmful or not, whether it causes coronavirus or not, or whether it can kill you or not. Just drop those trash to the bin.

The Rise Of Chinese OLED Companies: Should Samsung & LG Be...