Three of the major market research firms Counterpoint, Canalys and Strategy Analytics (SA) have all released their report showing the sales estimates of the major smartphone manufacturers across the globe. The data all appear to correspond with each other and shows Samsung maintaining its position as the number one brand in terms of smartphone shipment for the whole of 2019.

Huawei despite the US government ban still maintained its 2018 position by staying ahead of Apple to become the worldâ€™s second best selling smartphone maker last year. 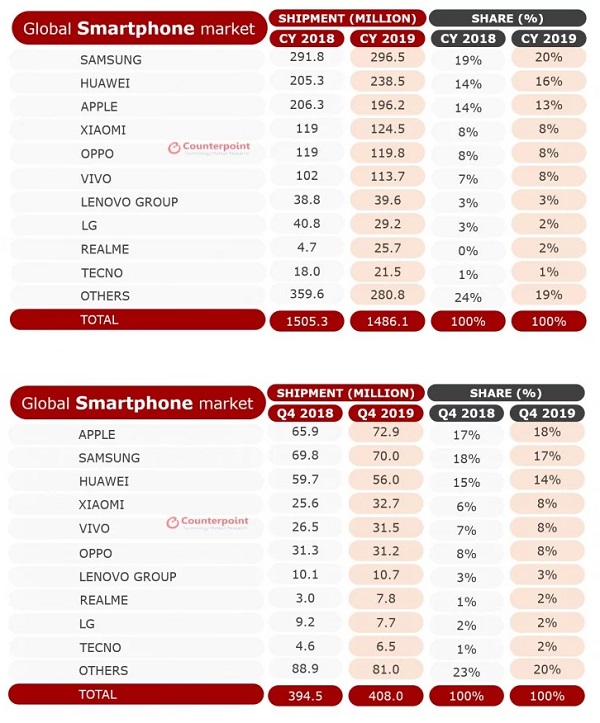 Huawei sold an estimated 240 million mobile phones, a tad higher than its entire shipment in 2018. On the other hand,Â  Apple managed to corner 200 million units, representing a slight drop in shipment.

Xiaomi emerged as the fourth largest phone maker in 2019 with shipments estimated at 125 million. The figure is slightly higher than the companyâ€™s feat in 2018. Oppo rounded out the list of the top five manufacturers. 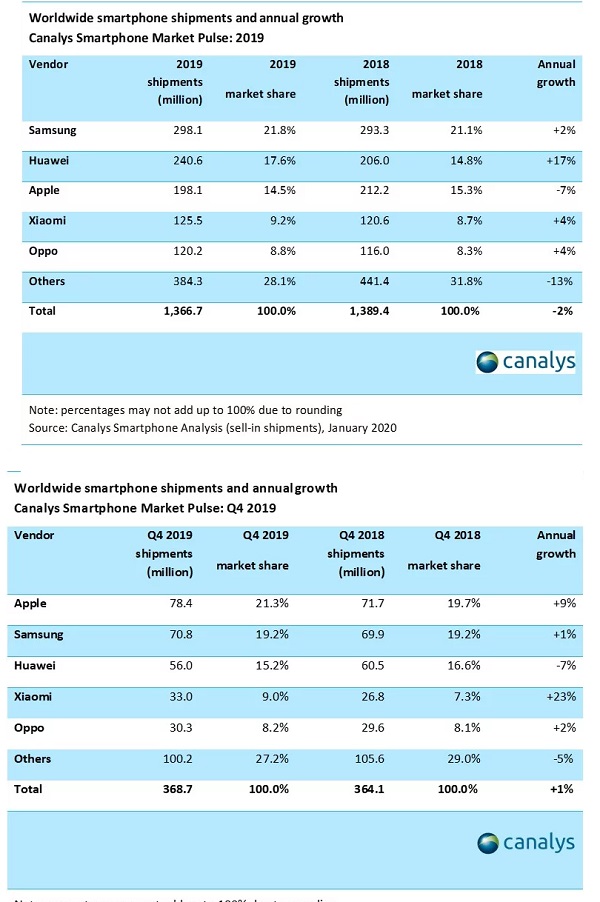 Despite individual gains, all three reports reveal that the industry experienced a slump with fewer phones sold in 2019 than in 2018. Counterpoint Research notes that this is the first time the smartphone market has ever declined for two years in a row. With the USâ€™s trade wars still ongoing, and Chinaâ€™s coronavirus scare having potential implications for supply chains, 2020 could be another challenging year.

Join Us On Telegram
ALSO READ:  Infographic: The Journey Samsung Galaxy S Phones' Interface that led to One UI
Advertisment