Android Beam feature – the NFC based transfer file system – was killed by Google with the introduction of Android 10. Google came up with a replacement, but companies aren’t still happy with it. For that reason, some of them are bringing up their own alternatives. A strong one surfacing from China by the hands of Oppo, Vivo and Xiaomi. Now, Samsung is preping to release its own alternative called Quick Share at the Unpacked event for the Galaxy S20 and Z Flip phones. 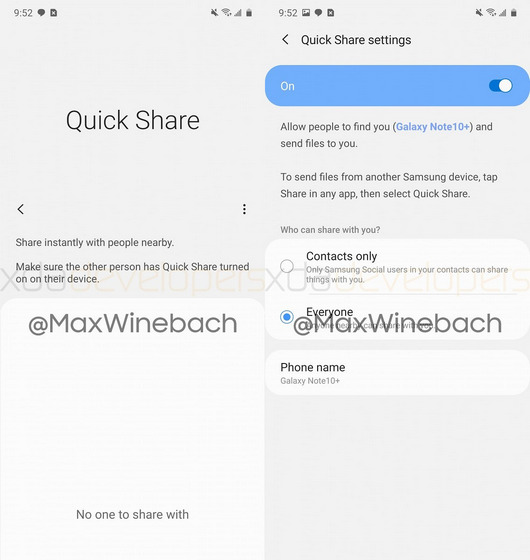 The feature will work in a similar way to AirDrop, it allows users to share files with nearby phones. There are some restrictions, but we can say that Samsung’s alternative is Cloud Based. You’ll be able to upload a multimedia file to the Samsung Cloud and stream it to a Samsung SmartThings device.

There are some heavy restrictions in the feature. The files are capped at 1GB each, and you can transfer only 2GB per day.

Furthermore, it is unclear if files shared with other Samsung phones nearby will also go through the Cloud. It seems unlikely since it could eat into your data allowance. Moreover, it doesn’t make much sense to limit the sharing only to nearby devices. After all, Samsung already provides a feature that serves this purpose. 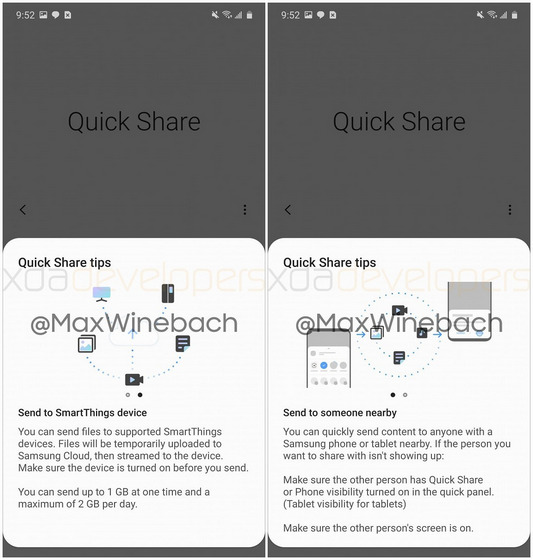 Samsung’s Link Share has similar limitations – up to 1GB files, up to a 2GB a day – and it just gives you a link you can paste into any chat app. Once you click in the link you can find and download the file. Apparently, Quick Share will be a feature that simplifies this process.

The search giant is working on Nearby Sharing to replace Android Beam. The feature will be integrated into the Google Play Services and will work offline. So, it won’t be a part of Android itself and will require Google’s GMS ecosystem to work. That’s the strong reason that explains why Oppo, Vivo and Xiaomi teamed up to develop their own standard. The market may become a little fragmented with multiple competing standards, but that seems to be a tendency now. Let’s see how this plays out.

Samsung Galaxy S21 Will Not Have Under-Display Camera – Report