Samsung has announced the first portable SSD fitted with a fingerprint scanner called the Samsung T7 Touch. This was showcased at CES 2020.

Smartphone features keep being translated over to other kinds of devices and now the fingerprint scanner has found its way to portable solid state drives. 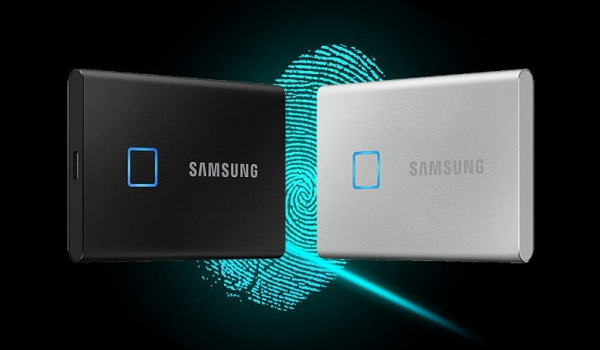 Adding fingerprint authentication to a portable drive means the data on it cannot be accessed by just anyone.

Besides the fingerprint authentication feature, the Samsung T7 Touch also has a ‘Motion LED’, which allows the user to determine the status of the device simply with a single glance. That is similar to LED notification as implemented on some smartphones.

The T7 Touch is available in two colours – black and silver, and it comes in three memory variants – 500GB, 1TB and 2TB sizes.

ALSO READ:  iPhone 8 Plus vs iPhone X: What’s The Difference Between Them?

Huawei Will Use MediaTek 5G Chipsets In Future Phones