2020 is actually going to be a very exciting year for smartphone innovation. We are definitely going to see a lot of beautiful and ugly Foldable smartphone designs from various manufacturers this year, all started last year. Samsung hasÂ scheduled its Unpacked event in San Francisco on February 11 where the Korean giant will launch the upcoming Galaxy S20 lineup alongside its new foldable smartphone, which was rumored to be called Galaxy Fold 2. 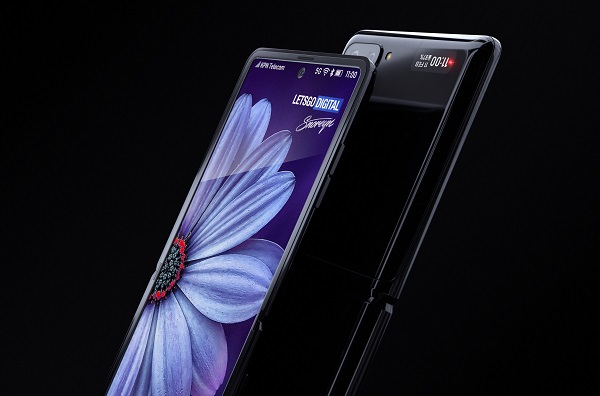 Recently, reports alleged that the upcoming foldable smartphone will be named Galaxy Bloom, but, it is now saidÂ that Galaxy Bloom is just a codename and the actual name of the smartphone is Samsung Galaxy Z Flip. Now, renders of the same have surfaced online.

The guys at LetsGoDigitalÂ have produced some mockup renders of the incoming foldable phone based on previous teasers andÂ live-image leaksÂ of the Samsung flip phone.

From the renders, it appears that the Galaxy Z Flip will have a UTG display, or an Ultra Thin Glass display which is so thin that it gives the ability to bend without cracking. While this makes the phone more robust and durable, it also increases product cost for the company. 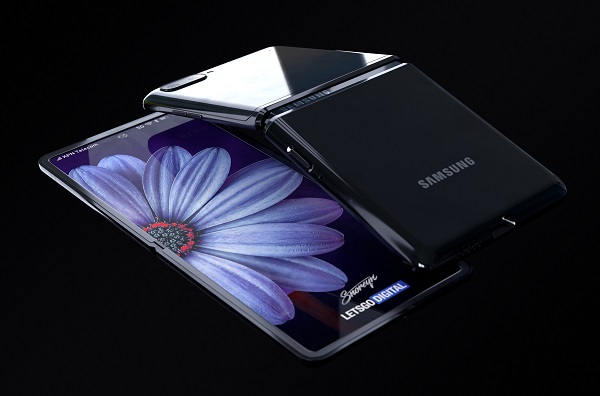 The smartphone is expected to have a 6.7-inch flexible screen, aÂ significantly larger than theÂ Motorola RAZR which has a 6.2-inch display and has a similar clamshell folding design. The phone is said to have a punch-hole display or Infinity-O display which houses a 10-megapixel front-facing camera sensor.

The report further said that Samsung has used a new innovative hinge called Hideaway Hinge, which is practically invisible when you use the phone and when it is unfolded. It is unclear what the company has used for the closing mechanism.

Once the device is folded, you get access to a small notification display which is significantly smaller than that ofÂ Galaxy FoldÂ and is probably exclusive for displaying the time, date, battery indicator and incoming notifications. 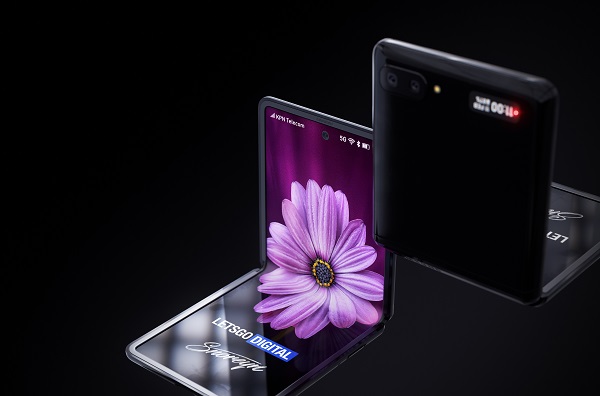 Close to the notification display, there is a dual-camera module along with a flash. According to reports, the primary camera sensor will be of 108-megapixel and will come with 5x optical zoom support. Some reports also indicate two 12-megapixel camera sensors.

As for the other specifications, the device is expected to come powered by the QualcommÂ Snapdragon 855 PlusÂ SoC, coupled with up to 8GB of RAM and 256GB of internal storage.

The device will be running Android 10 operating system with the companyâ€™s own One UI 2 on top. It will be powered by two batteries â€” one of 900mAh and another of around 2,100mAh or 2,300mAh, along with support for fast charging.