Samsung has scheduled the official announcement of its new Galaxy S-series flagship phones at the Galaxy Unpacked event on February 11. We’ve seen tons of Galaxy S20 leaks in the past – starting from the specs to the rumored prices. But, merely a couple of weeks prior to launch, we have got a close look at official-looking renders for all of the three devices.

The leak includes the Galaxy S20, Galaxy S20 Plus, and Galaxy S20 Ultra. All three flagships will sport a centered punch-hole display and rectangular camera setups on the right of the rear panel. These phones will be pretty Now, let’s take a closer look at these three upcoming Galaxy S20 phones – 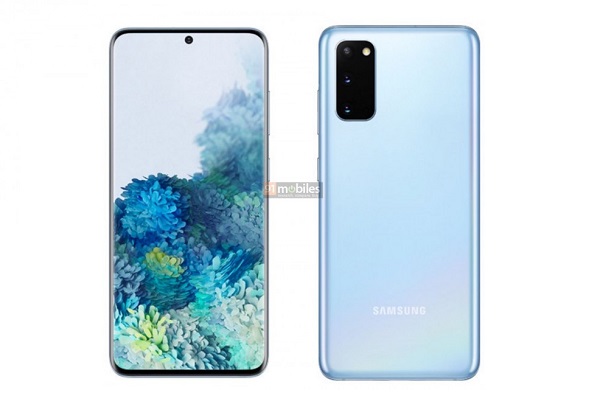 Well, Samsung seems to be changing things up to streamline its lineup this time around. You can see the same in the specifications. Galaxy S20 will feature a centered punch-hole design but the 120Hz AMOLED display aboard this device won’t feature dual-curved edges – or it will be, but they won’t be as curved as that on the Galaxy S10. Galaxy S20 could be the new Galaxy S10e. It will pack a rectangular triple-camera setup on the rear and it’s good to see that it’s not too massive.

All Galaxy S20 variants will be powered by the flagship Snapdragon 865 chipset (or Exynos 990), coupled with up to 12GB of RAM and 512GB of storage. They will also run Android 10-based OneUI 2.0 out-of-the-box. They will also sport an in-display fingerprint sensor, which we hope to be more responsive than the one on the Galaxy S10 lineup.

Advertisement
ALSO READ:  Google Pixel 5 To Come With The Snapdragon 768G And Not Snapdragon 865

The report says that the Galaxy S20 will be available in 3 colors namely – Cosmic Gray, Cloud Blue, and Cloud Pink. It is expected to be priced starting at €899 for the 4G variant. You will have to shell out an additional 100 euros for 5G connectivity support. 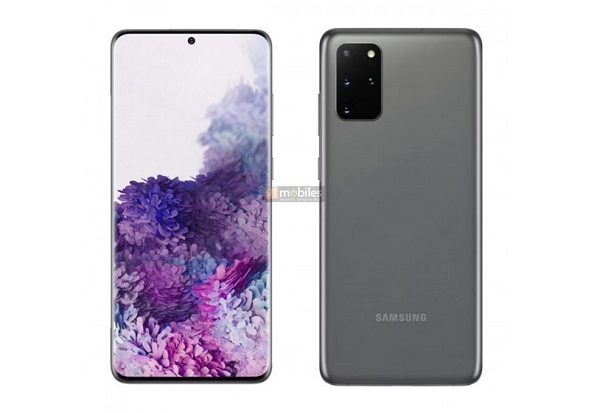 Galaxy S20 Plus will sport the same bezel-less display with a centered punch-hole design on the front. The display will, however, be slightly more curved here as compared to the standard S20 to offer a more immersive experience. The 2.5D curved glass on the front meets seamlessly with the curved rear to offer a comfortable in-hand grip.

You can also spot the rectangular quad-camera setup on the rear. It’s expected to pack a 48MP primary camera, along with a telephoto, ultra-wide, and ToF sensor to round up the kitty. Galaxy S20 Plus won’t deliver exceptional zoom capabilities, which we’re expecting from the rumored Ultra variant.

Galaxy S20 Plus is expected to be priced starting at €1,099 euros with 5G connectivity in tow. It will be available in three color variants – blue, black, and gray. 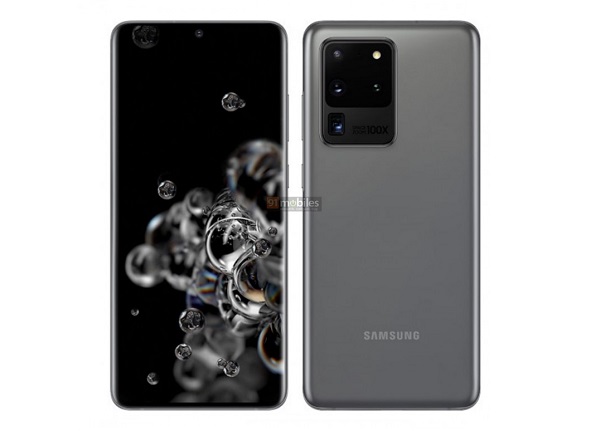 Galaxy S20 Ultra will be the most premium offering among the lot and is rumored to boast a stainless steel frame – similar to iPhones. It will offer improved durability and be less scratch-prone. This variant will also have the most curved display among the three but it’s the massive quad-camera setup on the rear that should catch everyone’s eye.

The dual-tone camera bump on the Galaxy S20 Ultra is rumored to pack a 108MP primary camera, with support for nano binning for better low-light photography. It will be coupled with a 48MP telephoto-cum-periscope camera with support for 10x optical zoom and up to 100x digital zoom – beating the Huawei P30 Pro’s 50x and Oppo Reno’s 60x zoom feature. There’s also a 12MP ultra-wide camera and a Time-of-Flight (ToF) sensor onboard as well.

Samsung might keep the much-rumored 100x Space Zoom feature exclusive to its most extravagant and premium S20 smartphone, the Galaxy S20 Ultra, as per the leaks.

Galaxy S20 Ultra and its massive camera bump with the 100x Space Zoom tag was the highlight for me and I can’t wait to get my hands on this device. What about you guys? Share your opinion with us in the comments below.