Samsung reportedly held secret meetings at CES with partners and carrier customers, where the Korean giant exhibits yet-unannounced products. Of course, this is not new as it has been known to do so in the past.

Well, we are more concerned about the outcome of these meetings this week.

Official Name Of The Next Samsung Foldable Smarphone

Starting off with this, Samsung Mobile boss DJ Koh was said to have revealed the official name of the phone we’ve all since been calling Galaxy Fold 2. The next Samsung foldable will be called Galaxy Bloom. To back up this revelation, below is a blurry picture that’s allegedly hastily shot in one such meeting by an attendee. 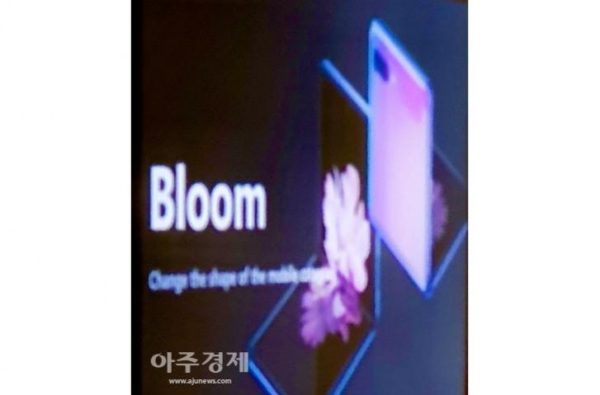 Samsung is apparently targetting women in their 20s with this product, which explains the name (although it’s not entirely clear how), but also the shape. The inspiration for the design came from Lancome’s compacts, and when you put the two side by side as below, that’s sure starting to adding up a lot of sense.

The handset won’t have a plastic film on top of its screen like the original Galaxy Fold, it will rather be using ultra-thin glass. The Galaxy Bloom will shoot 8K video, and will be the first smartphone to support this function. Bloom will be available in both 4G and 5G models.

Aside the confirmation of the next foldable’s name, Koh apparently confirmed the much rumored new naming strategy for the flagship Galaxy S series.

The three versions to be launched at the February 11 event will be called S20, S20+, and S20 Ultra. Samsung chose to change the counting system in order to properly mark the start of the new decade.

ALSO READ:  How Does Wireless Charging Works On Your Smartphones?

The Galaxy S20 Ultra is said to sport a 108 MP main rear camera, as well as support for 100x zoom. All three will have 8K recording capabilities too.