The newly introduced independent Poco brand is expected to unveil its first smartphone â€“ POCO X2 â€“ in an event scheduled to come up on February 4 in India. Ahead of the launch, the tech world has been rocking with several official teasers, rumours and leaks of the X2. One of those is the rumour that the X2 will be a rebranded Redmi K30. That may actually be true!

Ahead of the official annoucement, Poco X2 real-life image has leaked online, revealing the retail pricing of the device and also some of its key specs. 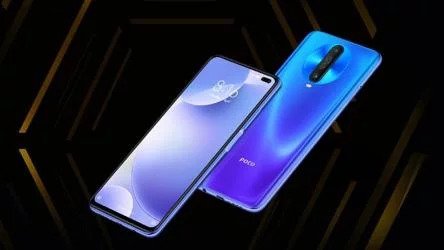 The leaked poster shows a clear view of the display and back panel of the X2. The design is practically just like the Redmi K30 with a dual punch-hole selfie shooter nested at the top right corner of the display. The rear is also similar to that of the Redmi K30.

The only thing different on the phones is the Poco logo stamped at the lower end of the back panel at the same location of the RedmiÂ logo on the K30.

As per the specs and pricing, the poster revealed that the Poco X2 will come with a 6.67-inch 120Hz â€˜RealityFlow Displayâ€™. It also feature a 64-megapixel Sony IMX686 camera in a quad-camera arrangement.

Under the hood, the Snapdragon 730G chipset will take charge and all these will be powered on with a 4500mAh battery. 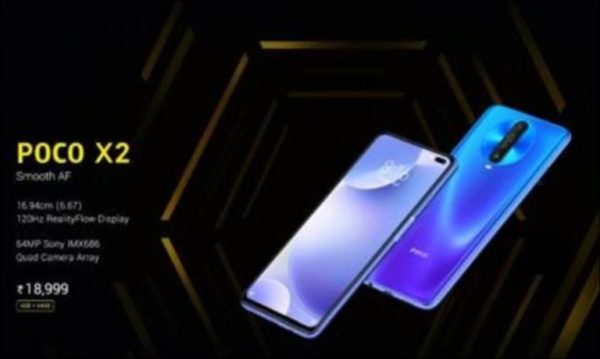 Quite funny, the leaked price tag is higher than the price of the Redmi K30 6GB/64GB variant in China which had a 1,599-yuan ($230) price tag. It’s worth noting that the Poco F1 became famous for its cheap pricing and flagship specs.

Please take this leak with a pinch of salt as it may as well be a fake leak. If it all turns out to be true, there you have it. The X2 is most likely hitting us with a Redmi K30 design and we will be disappointed if that eventually happens because we have been expected something new.

Palm Is Coming Back To Smartphone Making With A 3.3″ Android...