POCO fans are eagerly waiting for the coming of the POCO F2 â€“ the expected successor of the POCO F1. However, recent reports have revealed that the company has plans to released a minimum of three smartphones this year. This follows its recent independence gained from the mother company, Xiaomi. The names of the other rumored handsets are POCO X2 and POCO F2 Lite.

Recent reports have revealed a lot about the POCO X2 smartphone and will be launched as a rebadged version of the Redmi K30 4G. The arrival of the first POCO phone is drawing near as the company has took to Twitter to confirm that it will be launching its next phone in February. 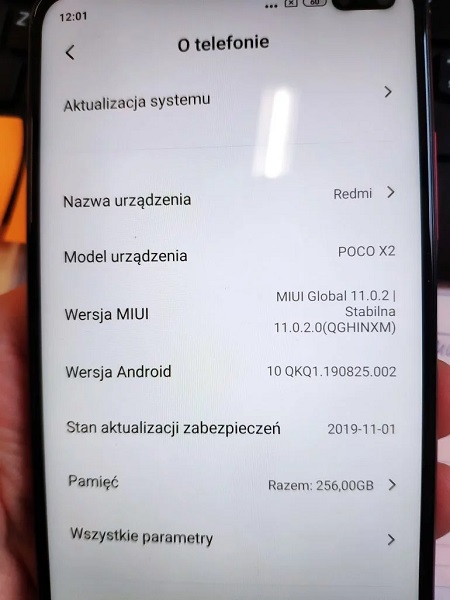 The rumor mill is actively busy with information on the POCO X2, it is likely to be the first phone of 2020 from the POCO brand.

Based on these recent leaks, it can be said that the POCO X2 could be a rebranded Redmi K30 4G that was unveiled in China last month. A leaked photo of the phone that appeared on a Polish site revealed that it has a dual punch-hole display.

The smartphone is said to be fueled by Snapdragon 730G processorÂ and 8 GB of RAM.Â The device could be coming with an internal storage of 256 GB. The Android 10 OS will come onboard with a modified version of MIUI for POCO.

The Polish site had reported that it could not confirm whether the POCO X2 has NFC support. The Redmi K30 4G has a 120Hz refresh rate display. The publication claimed that it could not find a toggle to change the refresh rate of the screen 120Hz. Hence, there is possibility that the POCO X2 may not support 120Hz refresh rate. However, it is advisable to know more on it since the phone was not running on the final build of OS. The other details of the phone are currently under the wraps. At present, there is no information on the pricing of the POCO X2. However, it should be costing well below the Rs. 20,9999 which was the starting price of POCO F1.

For those who waiting for POCO F2, the company has confirmed that it wonâ€™t be the first phone of the year. Considering that competitor iQOO brand is soon launching an iQOO phone driven by Snapdragon 865, it is likely that the POCO F2 could be equipped with the same SoC.

Check out the most detailed Galaxy S10 and S10+ images

6.5-inch iPhone Leaks In Detailed Renders – Similar To The iPhone...