Over the past couple of years, smartphone manufacturers have developed a habit of releasing two variants of its devices in a lineup. Almost all major devices this year, got a higher-end ‘Pro’ variant including the OPPO Reno 3 series. OPPO launched the new series last week featuring two devices, the OPPO Reno 3 and the OPPO Reno 3 Pro. There’s no need to add 5G to their names because both devices supports 5G, unlike the Redmi K30 which has got a 4G as well as a 5G variant.

Both devices have a lot of similarities as well as differences. But Can we say they are like the OnePlus 7T and the 7T Pro with just a couple of major changes? Let’s find out.

The Reno 3 duo share a basic design which includes a gradient back finish and a vertically arranged quad-camera setup. At first glance, the rear setup looks identical, but on closer inspection, we can see that the two lower cameras on the Reno 3 get their own sub-housing. On the other hand, the OPPO Reno 3 Pro has a single housing featuring all four cameras one below the other.

Things are a lot different when you compare OPPO Reno 3 vs Reno 3 Pro upfront. The cheaper Reno 3 uses a more traditional waterdrop flat display. On the other hand, the Reno 3 Pro comes with a curved AMOLED panel with a single punch-hole camera on the top-left corner. It’s evident from the front that the Reno 3 Pro is the more premium device in the series.

From the curved display and the more premium appearance, you would have assumed that the Reno 3 Pro would be heavier and bulkier than the Reno 3, right? But its the exact opposite. The Reno 3 Pro features a slim 7.7mm form factor, weighing just 171 grams. On the other hand, the Reno 3 features an 8mm body and is heavier at 181 grams. Note that both the phones have the same 4025mAh battery on board.

It is also worth adding that the OPPO Reno 3 Pro gets a special Pantone Color of the Year edition called Reno 3 Pro Classic Blue.

Things get a lot more interesting when you take a look at their hardware. The OPPO Reno 3 vs Reno 3 Pro differences are quite stark, justifying its pricing difference. The Reno 3 is powered by the MediaTek Dimensity 1000L octa-core 5G integrated chipset while the Reno 3 Pro is powered by the new Snapdragon 765G chipset. You get up to 12GB of RAM and 128G GB of storage on the Reno 3 while the Pro version takes the storage up to 256GB along with 12GB of RAM.

Both support 5G networks and come with USB-C ports at the bottom.

The 6.4-inch AMOLED display on the Reno 3 is flat while the Reno 3 Pro has a curved AMOLED panel with a high 90Hz refresh rate.

Their cameras are quite different as well.

The OPPO Reno 3 comes with a 64MP primary shooter with an 8MP wide-angle lens, 2MP monochrome camera, and a 2MP depth sensor. On the other hand, the Reno 3 Pro comes with a more flagship-like camera setup which includes a 13MP telephoto lens with 2x optical zoom along with a 48MP primary shooter, 8MP ultra-wide shooter, and a 2MP monochrome sensor. So, it skips on the depth sensor in favor of a powerful telephoto lens. For selfies, both the phone have the same 32MP f/2.4 shooter up front.

As mentioned above, the OPPO Reno 3 and Reno 3 Pro have the exact same battery capacity: a 4025mAh battery with 30W VOOC 4.0 fast charging technology.

The Reno 3  Pro clearly has an advantage when it comes to its specs and design. But, does the Pro version worth snatching $100 more from you?

Well, personally, I think going for the Pro version despite Dimensity 1000L having a slight advantage over SD765G in terms of performance makes a lot of sense. 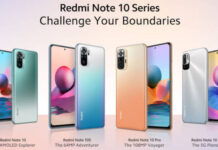 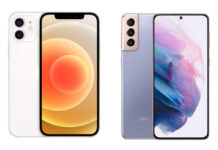