Back in February, the Nokia brand phone manufacturer HMD Global launched the Nokia 9.0 PureView as the worldâ€™s first smartphone with penta-lens. And since the device came with older Snapdragon 845 mobile platform, speculations emerged that the company could be launching a more edition of the phone featuring the SD855 SoC. But, that did not happen. 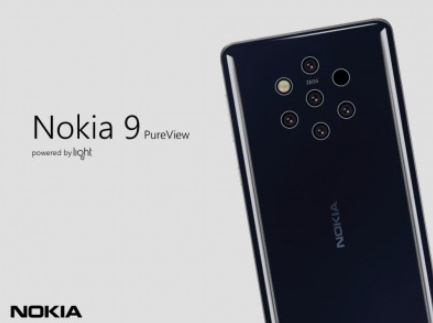 According to information from NPU, while citing a known source, has HMD Global may not announced the Nokia 9.1 PureView at the Mobile World Congress MWC 2020Â tech exhibition in the coming month. Instead, the company may introduce the Nokia 9.2 with Snapdragon 865 onboard around 4 to 5 months later. It is expected to break cover in the first half of 2020.

The source has further stated that the Nokia 9.2 wonâ€™t be equipped with â€œLight camera technologyâ€ mainly because of the lack of post-launch support for the Nokia 9 PureView. Probably, the company may team with an older partner like Toshiba for offering stellar photography experience on the Nokia 9.2. The phone may carry a pricing similar to the Nokia 8 to achieve more sales.

Another siteÂ Nokiamob.netÂ has reported that the Nokia 9.2 could be arriving with a bezel-less display and it may sport a 32-megapixel or 48-megapixel frontal shooter. The configurations of the rear camera system of the Nokia 9.2 are not known yet. The phone may lack support for 3.5mm audio jack and it may carry support for wireless charging.

The Finnish firm has reportedly cancelled some accessories like two smartwatches, a fitness tracker, a mini projector, a selfie light, a power bank, and a mini printer. It is said to be currently working on wireless charger pods. The report states that the company may unveil a wearable device at MWC 2020. As the company confirmed in December, it may showcaseÂ a Nokia 5G phone with Snapdragon 765Â onboard at MWC.

There could be some delay in the shipments of Nokia devices that are slated to go official in Q1 due to coronavirus issue in China and because of the companyâ€™s plans to shift its business to Europe. It is said to be in the process of reducing its staff in China to focus on other markets like India, Europe, other regions in Asia, Latin America, Australia, the U.S and New Zealand.

The report further states that the company could be working on a foldable phone. However, no details have been revealed on it yet. It may debut in late 2020 or early 2021.