The upcoming Samsung Galaxy S20 lineup will bring a number of firsts for the flagship series. One side of the most anticipated features this time around will be the photography department consisting of new camera sensors. We’ve seen a lot of renders and leaks but a new development suggests the Galaxy S20 Ultra will have a different camera appearance than all the previous leaks.

The well-known leakster Ishan Agarwal, through his Twitter handle, shared a render of the S20 Ultra’s back camera setup which features a dual-tone housing with a glossy black shade on the inside and a matte grey finish on the outside. The S20 Ultra is expected to come with an all-new 108MP main shooter, 12 MP ultrawide snapper and a ToF module. 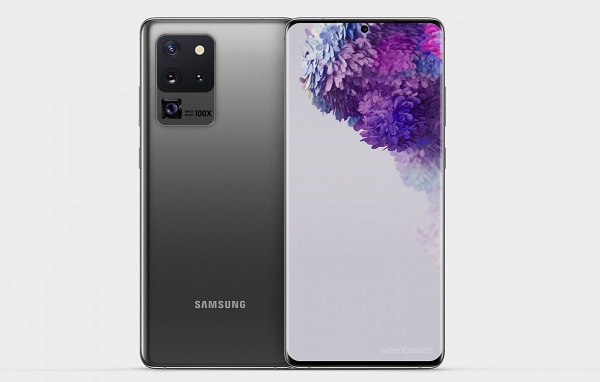 In spite of all these impressive sensors, the main side of attraction might not be the 108MP main shooter but the 48MP periscope telephoto module which is said to be capable of 10x optical and up to 100x digital zoom.

According to the recent leak, Samsung will actually place a 100x sign alongside the periscope sensor alongside its marketing name.

The new design was also confirmed by IceUniverse and Korean designer MINU which puts more substance to the speculations. We are just three weeks to confirm all these information, and that is the much anticipated Samsung’s big February 11 Unpacked event, so stay tuned to get the originals.

ALSO READ:  The Samsung Galaxy Note10+ comes with the most beautiful smartphone screen

Upcoming Entry-level iPhone 9 Will Be Called iPhone SE, Will Have...