Google has announced itâ€™s launching an â€œexperimental social video sharing appâ€ called Tangi for short, 60-second tutorials and it will teach you everything.

YouTube has become the go-to platform over the years for tutorials and other guides, be it cooking, beauty, or home improvement, and so on. However, Google feels like this type of content might need to have its own home, so the idea of Tangi comes in. 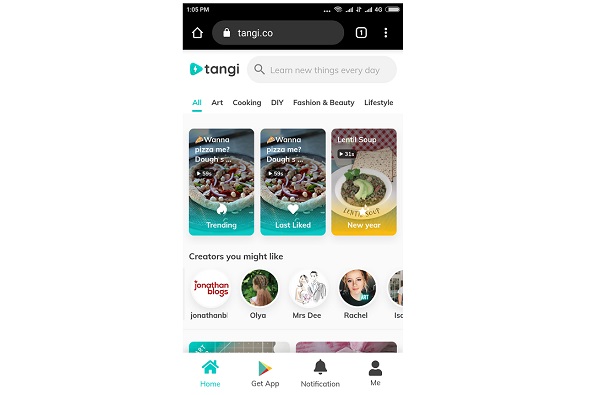 The name Tangi was derived from â€œthe words TeAch aNd GIve and â€˜tangibleâ€™ â€” things you can make.â€ It is an experimental app borne out of its Area 120 lab, specifically meant for short videos. Just 60sec videos.

You can find tutorials on Art, Cooking, DIY, Fashion and Beauty, and Lifestyle categories. The technology category is not yet included in the app.

Though, Android users will need to wait for a short while, the app is available for iOS platform and can be downloaded here. However, everybody can visit the site directly from here.

One still wonders why Google would bypass its own mobile platform and go for iOS platform. Well, the company has done it before.

Google also has a bad reputation for launching apps and services and later kill them after a short while, so who knows if this will survive after a year from now. However, thatâ€™s probably why this is an experimental app rather than a full-blown release, allowing Google to gauge reactions and user behavior before deciding on the next step.

What you think about this Google move, launching Tangi surviving alongside YouTube? Share your thought with us via the comments.