After official confirmation of monikers, yet another leak about the upcoming Samsung Galaxy S20 smartphone surfaced. This leak is surprisingly emanating from MobileFunÂ which is known for its phone accessories. The source shared a video showcasing the dummies of all three smartphones.

Samsung will be launching three devices in the lineup namely Galaxy S20, S20 Plus, and S20 Ultra. It is worth mentioning that these are the dummies that are being used in China to create phone accessories. 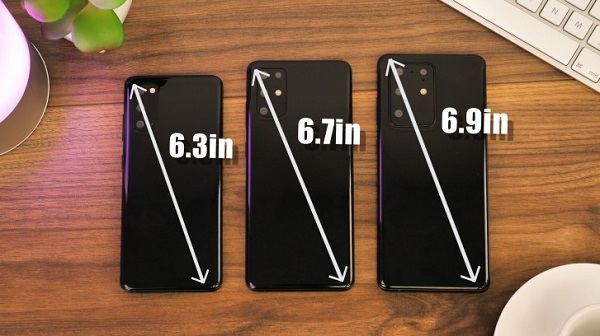 According to the leaked videos, the Galaxy S20 and S20 Plus is similar to S10 and S10 Plus in size and width. The formers are slightly larger than the latter. With that said, the S20 Ultra is almost similar to the Note 10+ device with slightly taller. This indicates that the entire lineup has now shifted a bit up in terms of size. Taking displays into the consideration, the S20 measures 6.2-inches, S20 Plus measures 6.7-inches while the Ultra variant offers a massive 6.9-inch size.

On all the variants, the power and volume rockers are located on the right side with no dedicated Bixby button. It seems like the company has left the Bixby key behind for the good. With that said, the chaebol has removed yet another thing from the device. Sadly, itâ€™s the 3.5mm audio jack. Well, we saw it coming since the Note 10 lineup was launched without the audio jack.

Coming to the camera bumps, the S20 Ultra has the thickest bump measuring 2mm out of the three devices. With that said, the dummies fall in line with the previously leaked renders. Since it is being used for testing cases and phone accessories, it seems pretty clear that this is the final design and dimensions that the company has settled for.