Following some leaks and rumours about Project NEON, Samsung has finally launched the project at CES, developed by Samsung-backed STAR Labs. NEON is a digitally generated human that can visually look and emote like a human that STAR Labs calls an “artificial human”.

These human-simulations are powered by STAR Labs’ Core R3 platform(they are Reality, Realitime, and Responsive) while SPECTRA powers the NEON’s Intelligence, Learning, Emotions, and Memory. The idea for NEON is using them as an artificial service representative or a concierge. 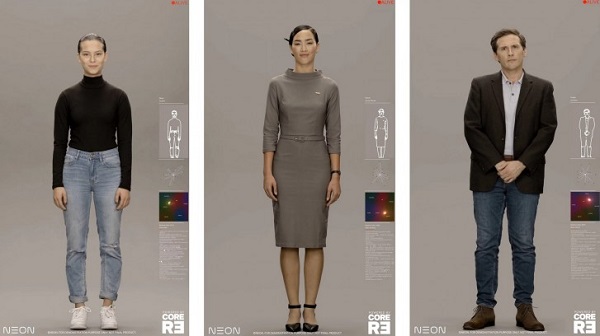 In the near future, one will be able to license or subscribe to a NEON as a service representative, a financial advisor, a healthcare provider, or a concierge. Over time, NEONs will work as TV anchors, spokespeople, or movie actors; or they can simply be companions and friends

Would you imagine watching a movie with synthetic actors? According to STAR Labs, this could be a reality in the future, whenever that is. 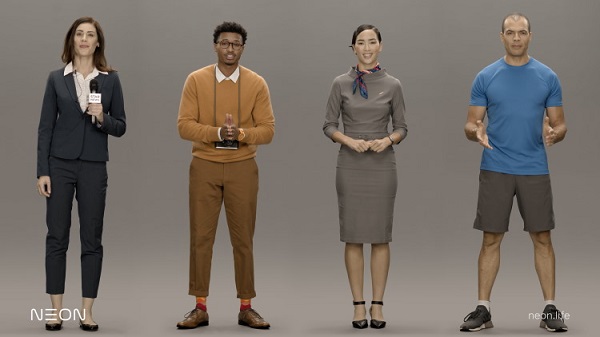 Teasers and scenarios were shown at CES, (a bunch of them leaked on Reddit before the announcement – video below), and it turns out these videos were all done with actors on camera, and not computer-generated as they led us to believe. The ‘simulations’ (which is ironic because they used actors) shown at CES were “fictionalized and simulated for illustrative purposes only”, so we still don’t have any idea how a truly generated NEON would look and act.

STAR Labs points out that NEON is not an AI-assistant. You can’t ask it for news, weather, or interface the internet. It would be able to speak multiple languages, carry a conversation, and the company even claims it can pass the Turing test. This basically means that a NEON’s conversation and interaction would be indistinguishable from the same interaction with a human. The company also mentions that a NEON is a unique, individual human and never an exact replica.

At this point there are more questions than answers. Project NEON plans to release a beta project for a small number of partners by the end of 2020 so we expect to hear more about NEON at least somewhat before CES 2021.