A report has emerged from Bloomberg, Apple iPhone sales is fast approaching a remarkable 2 billion milestone since the launch of the famous smartphone.

In the year 2020, the famous iPhone will complete its 13th anniversary. In addition, if Apple discloses more as precisely as before the sales figures of its smartphone, some analysts believe that the US company would approach a new course at the start of this decade.

It would be recalled that Steve Jobs launched the very first iPhone on January 9, 2007. It was during a MacWorld event in San Francisco, that is (already) 13 years ago. Note that this year 2020 should also be the opportunity for Apple to launch a brand new iPhone SE 2.

According to recent reports, the handset will represent a throwback to Apple’s former design language. It may not come under the iPhone SE 2 moniker. Instead, the Cupertino-based firm may adopt the iPhone 9 name.

The device will come in Q1 2020 and a couple of renders have emerged from OnLeaks and iGeekBlogs. 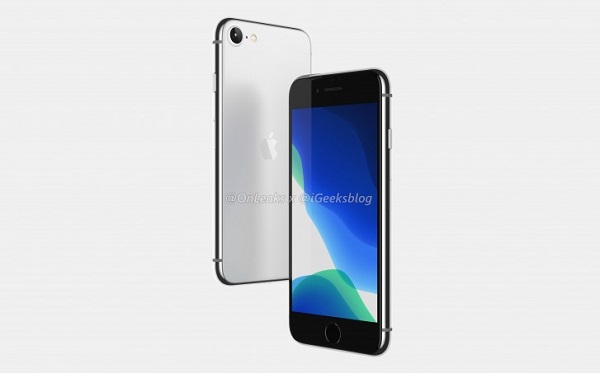 According it, the iPhone SE 2 (or iPhone 9) is said to feature a small 4.7-inch LCD display. Lovers of compact smartphones, you can finally rest! Moreover, the new leak reveals that the handset is said to measure 138.5 x 67.4 x 7.8 mm in size and 8.6mm including the rear camera bump.

ALSO READ:  Photos: The most effective method to make WhatsApp GIFs on your smartphone

For a quick comparison, the iPhone 8 measures 138.4 x 67.3 x 7.3 mm in size. Despite the similarities between the iPhone SE 2 and the 2017’s iPhone 8, the upcoming device is said to sport a frosted glass back while the old handset features a glossy back.

The Moon Set To Get 4G mobile network