A new update has been released to WhatsApp beta users on Android. And while not including particular new features, there is clues to new features being developed.

TheÂ version 2.19.353 comes with new details on the much-anticipated dark theme that the development team has been working on for a while now. As seen in the photo below, the WhatsApp dark theme will be activated manually by the user but also in automatic mode, consistent with the state of activation of the energy-saving mode. Basically this is the same way to activate the dark Android system theme. 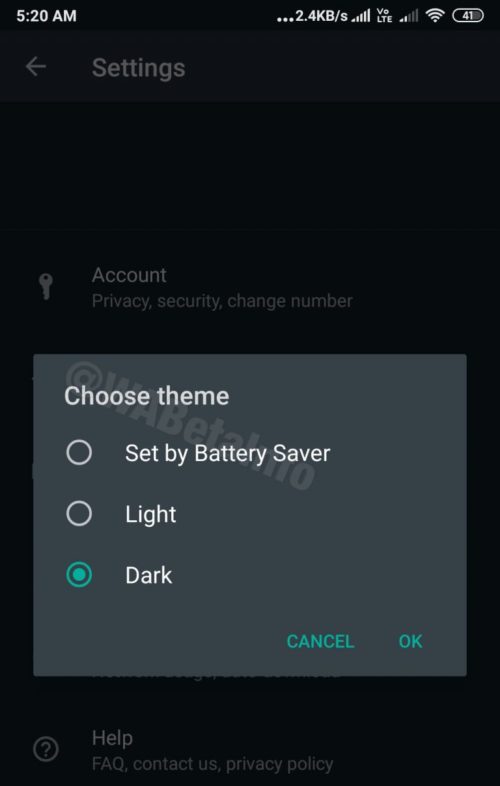 The feature is yet to be introduced at the public level, it’s stil in the development phase and we do not know when it will come out. To preview the new WhatsApp features, including the dark theme, simply join the beta testing program.

Join Us On Telegram
ALSO READ:  How to Send, Receive and Earn Bitcoin on WhatsApp
Advertisment

Do You Want One? The World’s Smallest Phone