We witnessed a huge amount of revolutionary and amazing smartphones in 2019, but certainly not every good phone succeeded. Foldable phones and 5G covered the face of the year, but a lot of companies also launched amazing flagship killers and devices with an incredibly high value for money.

Some of these devices are simply awesome and they deserved a lot of success, but it seems that just a small number of people realized their awesomeness and they turned out to be flops. Through this post, we tried to make some justice and we collected all the devices we consider the most underrated smartphones of 2019. If you are looking for a new device, we think you should definitely give a chance to one of the handsets in this list.

Most Underrated smartphones of the year

We believed that Lenovo Z6 is certainly the most underrated affordable smartphone of 2019. Well, you may want to disagree, imagine a single phone that comes withÂ  Snapdragon 730 chipset for less than 200 bucks. Aside that, the Lenovo Z6 is also equipped with an amazing display: the only panel with a 120 Hz refresh rate under $200.

The Lenovo Z6 was launched in July 2019, when the only handsets with a 120 Hz display were flagships (iPhones and ROG Phone 2). Further, it is an HDR10-enabled AMOLED display and it even provides a high DCI P3 coverage. Currently, the only midrange phone with a 120 Hz display is the Redmi K30. Lenovo Z6 seems to be the most lightweight device packing a 4000 mAh battery: just 159 grams! Last but not least, it features a triple camera with 2x optical zoom.

ALSO READ:  AnTuTU: Here Are The Best Smartphones In September 2020

Letâ€™s go back to underrated flagship smartphones with the LG G8X ThinQ. It does not have any weak point and its price is also very interesting, yet it did not succeed. You can even get it with an accessory bringing an additional display, so it can be even considered an affordable alternative to foldable phones. Just like most of the LG phones, it has military certification and it is even waterproof. It offers top-notch performance thanks to the Snapdragon 855 chipset and UFS 2.1 storage. It has a big 4000 mAh battery with wireless charging and even a great rear camera with OIS. Yet there was never a lot of hype around it? 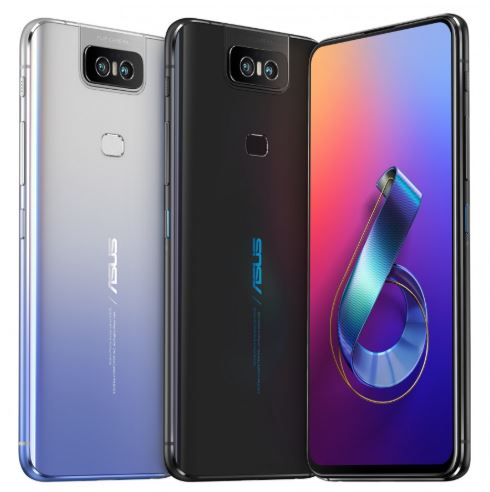 The first and the only smartphone with a flip-up rear camera is Asus Zenfone 6. And that concept of having the rear camera in such design turned out to be very useful. But the smartphone failed to get acceptance in a lot of regions. The special dual camera setup found on this device can be used both as a rear camera department and front cameras. But this is not the only revolution: you can actually regulate the position of the cameras so that you can set them in other positions. For example, by rotating it by 90 degrees, you can take a photo of the ceiling without moving your smartphone.

Also, let us also remember that Asus Zenfone 6 also comes with a huge 5000 mAh battery making it one of the best flagships in terms of battery life. The phone even supports reverse charging so that you can use it as a power bank. Last but not least, it has a notch-less display, stereo speakers and it is powered by the Snapdragon 855 chipset.

ALSO READ:  BoringPhone Specifications and Price: The Perfect Phones For Your Holidays

Meizu released an amazing flagship killer this year but no one seems to even noticed it. We are talking about the Meizu 16T. The phone comes with a powerful Snapdragon 855 chipset and UFS 3.0 internal storage, as well as a big 4500 mAh battery, but its listing price starts from less than $350 (and letâ€™s not talk about street prices)! Usually, at that price, you can only find mid-rangers with Snapdragon 7xx series processors. You even get stereo speakers and a notch-less AMOLED display with very narrow bezels. Unfortunately, it is only sold in China.

The Xiaomi Mi 9T (launched as Redmi K20 in the Asian market) was literally overshadowed by its Pro version: Xiaomi Mi 9T Pro aka Redmi K20 Pro. That is why a lot of people ignored it. But it is very hard to find a so balanced mid-ranger at its price. First of all, it has a very nice hardware department (Snapdragon 730 and at least 6 GB of RAM) and a big 4000 mAh battery. It even packs pretty interesting cameras including a telephoto sensor. Further, it has an innovative design thanks to a notch-less display and a pop-up camera. And thanks to online street prices, it is even available for less than â‚¬250 globally.

The U.S. ban wasn’t good at all and it changed a lot of things for Huawei. The company did not even launch the latest flagship series from its sub-brand in the European market. Huawei sales declined after the ban and the same happened to Honor. But the Honor 20 Pro is one of the most compact flagship smartphones and the best Android camera phone under 6.3-inch. It mounts a 48 MP quad camera with OIS, 3x optical zoom and a dedicated macro lens. Despite its small dimensions, it packs a 4000 mAh battery and it even has a flagship-class hardware department with the Kirin 980 chipset. The punch-hole display makes it even more attractive.

ALSO READ:  WiFi vs MiFi: What Do They Mean and What Are Their Differences?

The potentialities of a dual display are huge, but it seems most people do not think the same, given the small resonance of the Nubia Z20. The device is equipped with two displays: a traditional panel on the front and a smaller OLED panel on the back. Thanks to the secondary display it is easier to use the smartphone with one hand, you can save battery due to the lower resolution and you can even use the rear cameras as selfie cameras. Indeed, this device does not even pack a front camera in order to provide a truly full-screen experience. But it was incredibly nice rear cameras with a 48 MP main sensor (with OIS!), a telephoto lens with 3x optical zoom and a 16 MP ultrawide sensor. Its affordable price, the Snapdragon 855+ SoC and its big battery are contributing to making its value for money incredible, yet the public did not seem to appreciate it that much.

You can learn more aboutÂ Nubia Z20 by clicking here.

Want To Buy Redmi Note 7 Or Other Redmi Phone for...

Top 7 Most Popular Torrent Sites of 2020