While the media has been seriously busy with reports on Samsung’s upcoming Galaxy Fold 2 which is now rumoured to arrive before the Galaxy S11 series in February 2020, the company seems to have been filing patent after patent for foldable, flexible, and stretchable displays.

According to a new patent spotted by Patently Mobile, Samsung is thinking of materializing on an interesting idea about a possible future smartphone. The drawings seen in the patent filing, preparing a smartphone with a stretchable display with a closed state where the phone will have a regular sized screen, and an open state where the display stretches out to give a wider view for consuming multimedia content like movies and games. 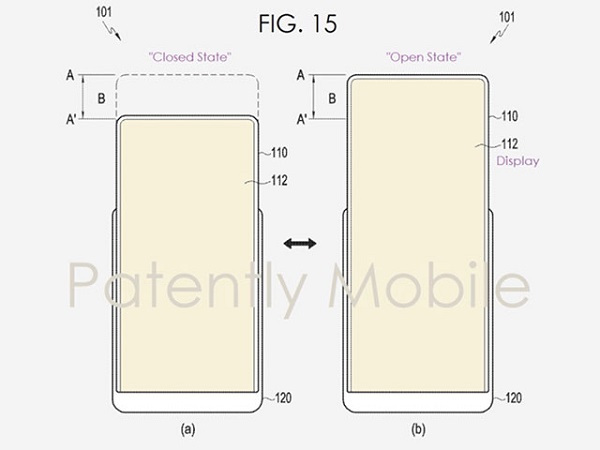 To be precise, the patent doesn’t actually seem to be about a ‘stretchable’ display as much as it looks like a flexible-rollable display. Users will apparently be able to roll-out the display to make the effective viewing area of the phone larger with a ‘scroll’ like gesture on the phone.

The patent also revealed a module on the back fitted with a sensor that will be able to identify when a user touches the back panel to roll the screen out (or back in), and even judge the amount that the display has been extended by. 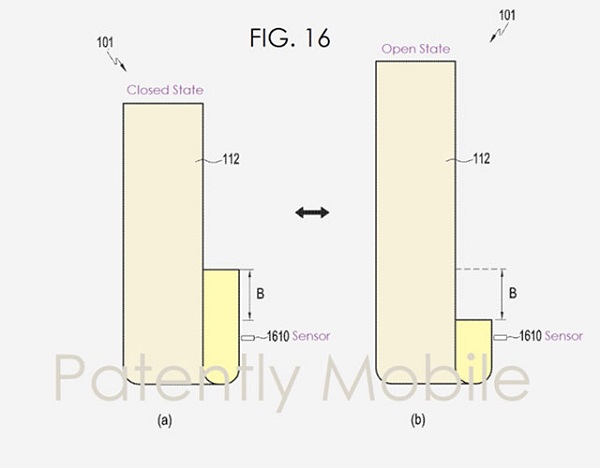 Well, for now, it is still a patent at this point, and there is no info if this Samsung’s idea will ever turn this into a real product. As at now, this seems to just be an idea that people over at Samsung are toying with, so don’t get your hopes up for a phone with this design anytime soon.

Samsung is said to working on two more foldable smartphones