Samsung is expected to unveil the Galaxy Note10 Lite smartphone in January 2020. According to what recent reports revealed, the phone’s model number is SM-N770F and it will be equipped with an S Pen stylus. The inclusion of ‘Lite’ in its moniker is an obvious hint that it will be launched as an affordable edition of the original Galaxy Note10.

Winfuture.de had recently shared the leaked press render of the phablet. A fresh report by the same publication has revealed the entire specifications and new renders of the Note10 Lite. 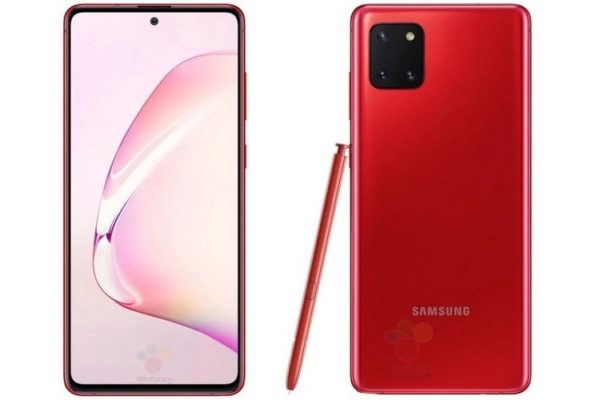 The Samsung Galaxy Note10 Lite will be coming with a 6.7-inch Super AMOLED display that offers full HD+ resolution of 1080 x 2400 pixels.

As seen in the renders, the Lite edition retains the Infinity-O display design like the original Note10 phone. The display of the phablet that supports HDR produces a pixel density of 391 ppi. The screen of the device is embedded with a fingerprint scanner.

The thickness of the Galaxy Note10 Lite is expected to be around 8.7mm and it weighs 198 grams.

As revealed by renders, the device may arrive in colors like Aura Black, Aura Red and Aura Glowpress. 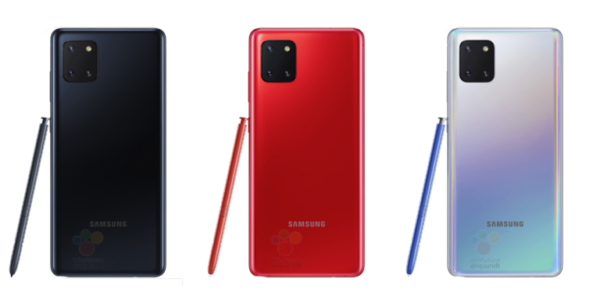 The Exynos 9810 chipset that powered the Galaxy S9 series and Galaxy Note 9 smartphones in the year 2018 will be same SoC to power the Note10 Lite that is expected to go official in January 2020. The 10nm SoC offers maximum clocking speeds of 2.7GHz. The Note10 Lite is expected to arrive with a cheaper price tag than the upcoming Galaxy S10 Lite. Hence, one of the major reasons behind it is the inclusion of the Exynos 9810 SoC. The S10 Lite will be powered by the Snapdragon 855 mobile platform.

ALSO READ:  Redmi Smartwatch To Have A Square Screen Design

The Exynos 9810 chipset will be coupled with 6 GB of RAM. The device will offer users with a built-in storage of 128 GB. A microSD card slot will be available onboard for expanding its storage.

For selfie shots, the Note10 Lite will be equiped with a 32-megapixel front camera with f/2.0 aperture. 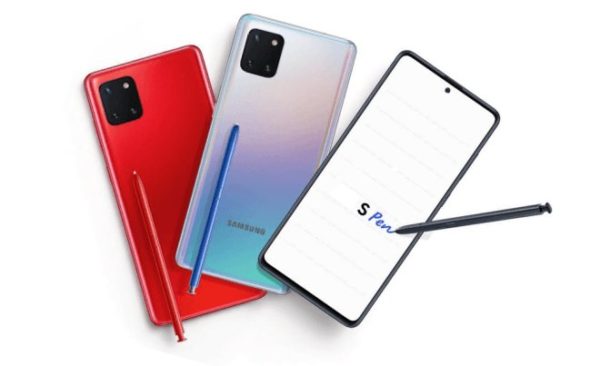 The One UI 2.0 based Android 10 OS will come preloaded on the device.

The phablet will be equipped with a big battery of 4,500mAh capacity. It will arrive with 25W fast charging technology.

It was previously believed that the Note10 Lite will arrive with a Bluetooth 5.1 enabled S Pen. However, the new leak reveals the smartphone will feature S Pen with Bluetooth 5.0 support. NFC, dual-band Wi-Fi and a 3.5mm audio jack will be also available on the phablet.

The Galaxy Note10 Lite is expected to arrive in Western Europe with a pricing of £609 and it’s rumored to hit the market by January 10.