Earlier last Month, MediaTek announced its first flagship 5G chipset, the MediaTek Dimensity 1000. The chipset comes with an integrated 5G modem and is expected to make its way to brands such as Oppo, Vivo, and Xiaomi (a dedicated supporter, who baked Helio G90T into the Redmi Note 8 Pro) in the coming months. However, according to a new report by ChinaTimes, MediaTek is in the process of making its way to Samsung devices.

Samsung and MediaTek Reportedly In Talk

If the rumors are true, this is a great deal for MediaTek, who is finally on the way to find solid footing in the smartphone market. The report says that MediaTek and Samsung are already in talks about a possible partnership. The chipmaker has reportedly sent out samples for Samsung to test in its A-series phones coming next year.

Samsung regained some of the lost market share in the budget and mid-range segment with its M-series and A-series phones in 2019.Â Galaxy A50Â is regarded as the companyâ€™sÂ best-selling phone in the mid-range segment. It seems Samsung is aiming to keep up the momentum while introducing more reliable and affordable 5G phones via its A-series and other lineups. 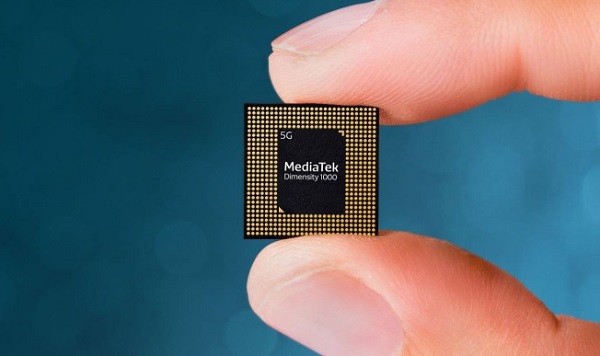 This is where MediaTekâ€™s new and affordable 5G smartphone chips such as MT6885 and MT6873, which are expected to be introduced in the second half of 2020, will come into play. Also, Samsung is known to have pulled out of China, shuttering its factories, and is nowÂ preparing to outsourceÂ part of its low-end and mid-range smartphone production to ODM partners.

The Korean giant currently employs its Exynos chipsets in most of its mid-range phones, but the rising popularity of MediaTek chipsets (thanks to Helio G90T) and its scheme to outsource production could help lower costs and attract more users to its new Galaxy A-series phones next year. Thereâ€™s also a possibility that MediaTek will court orders for the Dimensity 1000 5G chipset from Samsung. It could turn out to be a win-win situation for both MediaTek and Samsung in the long run.

Samsung’s GameDriver Is A GPU-Enhancing App For Galaxy S20 and Galaxy...