The answer is simple, Xiaomi believes that the gaming chipset is the only one capable of delivering an outstanding performance at such price range. Despite the controversies, the Redmi Note 8 Pro quickly became one of the most popular handsets in the series. 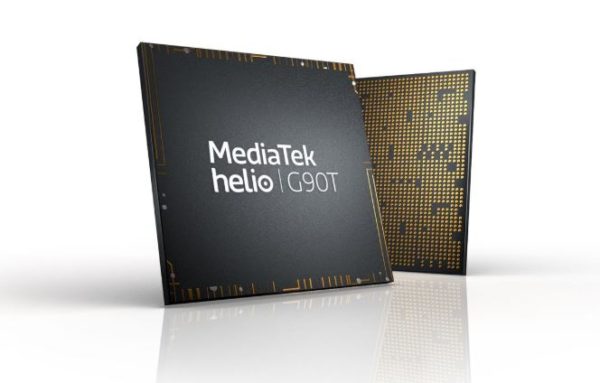 The gaming smartphone came with Android 9 Pie out of box but may get Android 10-based MIUI 11 early next year.

MediaTek Chipset Still A Serious Doubt For Some Users

Some users however, still remained reluctant to chose a MediaTek chipset due to the lack of Custom ROM support. For that reason, Xiaomi is trying to prove that Redmi Note 8 Pro also is a good option for users who prefer Custom firmware. The company released kernel sources of the smartphone few time after its launch. After that, the firm has sent out 10 units of the smartphone for recognized developers from XDA community.

This has brought a ray of hope to many users’ heart who want to enjoy a vanilla Android experience. However, hope has been quickly consumed by the difficulties. The problem is, the Note 8 Pro bricks so easily whenever you try to flash a custom recovery, mod or even MIUI updates via recovery. This can happen when development is giving its first steps, however, the major problem is that developers and users doesnâ€™t have a proper way to unbrick their smartphones.

Advertisement
ALSO READ:  What Is And How To Use "Paylater" Online Loan 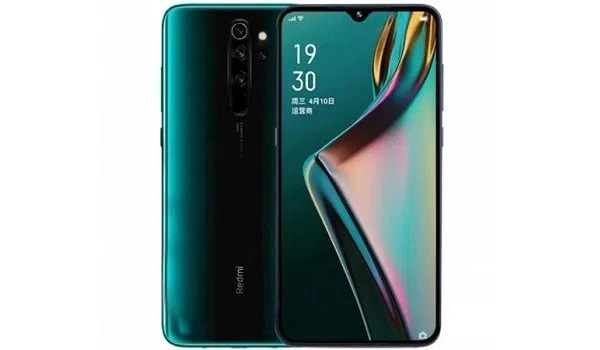 The Redmi Note 8 Pro Is Powerful When Not Bricked

Unlike Qualcomm Snapdragon devices that can have entire firmware packages flashed via fastboot commands, the Redmi Note 8 Pro requires MediaTekâ€™s SPFlashTool software. The platform is capable, however, in the specific case of Note 8 Pro it requires an authorized Xiaomi account. As a result of that, developers and regular users that doesnâ€™t have this kind of account canâ€™t do anything to recover their bricked smartphones.

While Xiaomi remains quiet about the situation, users with authorized accounts are charging for the service of re-flashing the stock ROM. Itâ€™s the only way for users and developers to bring smartphones back to its regular state.

This whole situation makes impossible for the developers to build Custom ROMs. After all, the process of development requires the attempt, and sometimes that attempt results in mistakes. However, even small errors in the Redmi Note 8 Pro can result in a bricked smartphone. The situation is really troublesome when it happens to users who doesnâ€™t have any experience in flashing ROMs. The popular MIUI branch â€“ MIUI.EU â€“ has dropped support for the Redmi Note 8 Pro due to bricking issues. 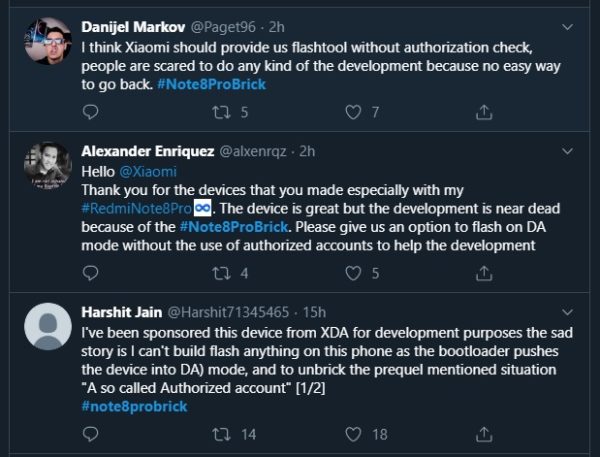 Several Redmi Note 8 Pro users have now taken to Twitter to demand a solution from Xiaomi. The easiest and obvious way to resolve this, is to provide a SPFlashTool version that doesnâ€™t require authorized Mi account. Xiaomi is yet to make an official statement. Hopefully it wonâ€™t take much time. Meanwhile we can keep following the #Note8ProBrick hashtag on Twitter.