MediaTek has today announced a new chipset at its Product Communication Conference. Dubbed MediaTek Dimensity 800, it seems to be developed for the mid-range and upper mid-range smartphones.

We expect smartphones powered by this MediaTek Dimensity 800 processor to be making their way to the market in the second quarter of next year, i.e. Q2 2020 and the chipset will be officially launched in Q1 2020. 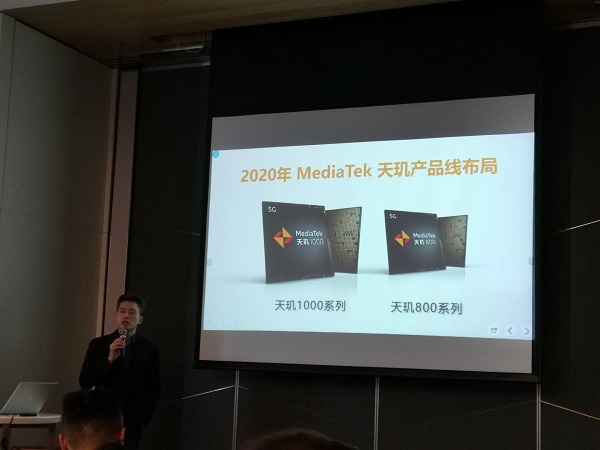 While MediaTek has unveiled the chipset and indirectly revealed a timeline for its availability in the market, the company is yet to reveal anything related to the chipsetâ€™s technical specifications and features.

The unveiling of this new chipset follow the week after MediaTek launched its Dimensity 1000 5G chipset, to mark the coming back of the company in the high-end segment, taking on the likes of Snapdragon 865Â and Kirin 990. 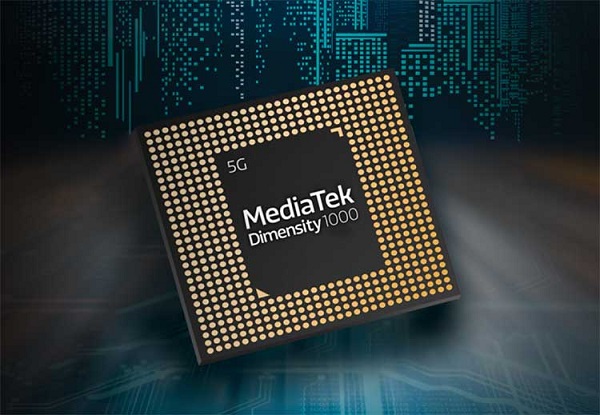 The new MediaTek chip comes with the new Mali-G77 MP9 GPU, which is the same one found on theÂ Exynos 990 with a couple of cores less. It comes with an integrated Helio M70 5G modem that saves space and is efficient at the same time and is the worldâ€™s fastest throughput SoC with 4.7Gbps downlink and 2.5Gbps uplink speeds and supports both standalone and non-standalone networks (Sa/NSA).

The upcoming Oppo Reno3Â smartphone isÂ confirmed to come powered by MediaTek Dimensity 1000L 5G processor, which is also known as MediaTek MT6885. The benchmark result showed the processor has a Mali-G77 GPU. We presume it also has Cortex-A77 CPU cores like the Dimensity 1000 but at a lower clock speed.

The first smartphones withÂ Dimensity 1000 5G chipset will launch in Q1 2020 in markets like China and other Asian countries while USA and EU will get the new chip powered devices in the second half of 2020.

Samsung Galaxy S11 May Come As Galaxy S20, Will Have 4G Variant