The hype around the upcoming Realme X50 5G handset has almost taken over the entire media. Official posters are all over the place, along with first-hand info on a Snapdragon 765G SoC, dual selfie camera, two-day battery life and enhanced VOOC 4.0 fast charging. The phone is expected to be released on January 7 release.

Well, moving away from that, a post that appears credible has recently surfaced on Weibo to offer-up a comparison tale between the Realme X50 and the recently-unveiled Oppo Reno 3. Hence, we pretty-much have what is claimed to be the full detailed specs sheet of the handset. It goes as follows: 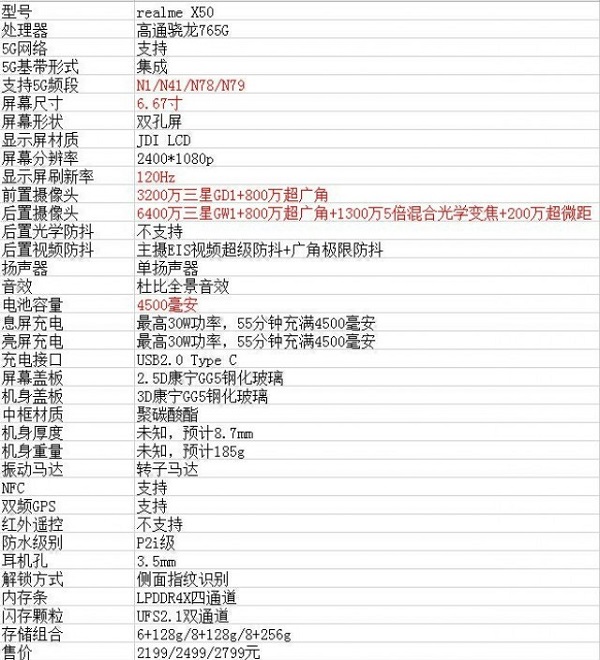 Also, about the display highlights, the 6.67-inch LCD panel, will have a 120Hz display refresh rate, courtesy of JDI. Two punch holes on the front, like the official renders already revealed. One to house a Samsung GD1 8MP camera and another for an 8MP ultrawide snapper. On the back of the X50 – a 64MP Samsung GW1, plus 8MP ultrawide, 13MP 5x hybrid optical zoom and a 2MP super macro unit. No OIS, as per the leak, but EIS will be part of the camera setup.

All these are expected to be powered by a beefy 4,500 mAh, along with 30W fast charging via Type-C. A single loudspeaker, though, somehow, with Dolby Atmos on top. 3.5mm audio jack and NFC are also on the specs sheet. And in terms of protection, the upcoming Realme seems to be getting Gorilla Glass 5 on both sides of its metal frame, polycarbonate body, as well as P2i water resistance. 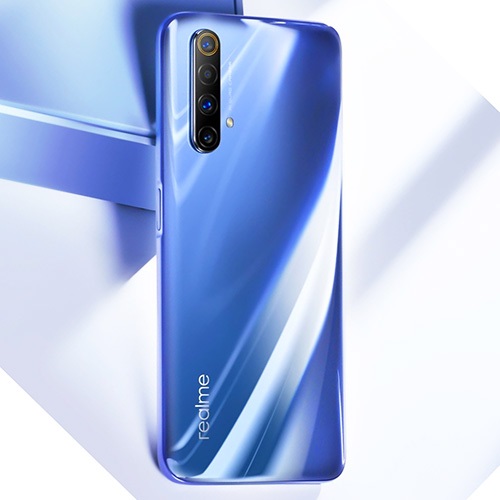 Google Pixel 5 XL May The Only Variant Of Pixel 5...