AnTuTu, one of the most popular benchmarks, has today announced the running points of Qualcomm’s new flagship chip, the Snapdragon 865.

While we have learned a lot about the architecture and advantages of the Snapdragon 865 chip, this is the first time, we will see its AnTuTu score. Well, as we earlier posted, the first smartphone to be powered by this chip has been launched today, ZTE Axon 10s Pro 5G.

Anyways, the Snapdragon 865 appears to be a head higher than the competing products, such as the previous-gen Snapdragon 855 and Snapdragon 855+, the Kirin 990, and the MediaTek Dimensity 1000.

According to AnTuTu, the average running points of the Snapdragon 865 were 544,000. Although most of the first batch of results were in the range of 540-555K. According to AnTuTu monitoring, the highest score is currently 568,919! 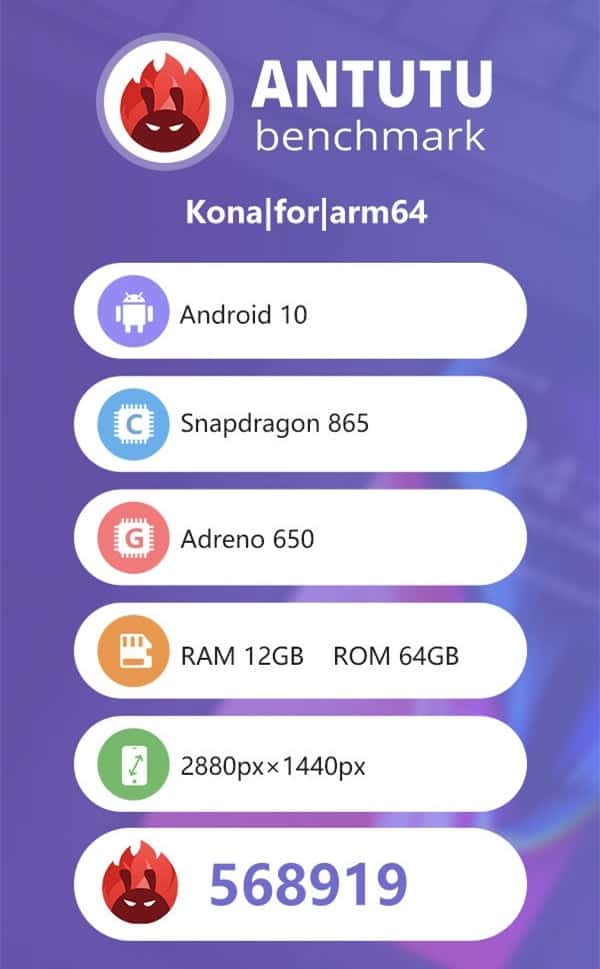 The Advantages Attached To The Snapdragon 865.

It is worth mentioning that the Snapdragon 865 and Dimensity 1000 both use the ARM A77 architecture. But Qualcomm uses the magic modification architecture Kryo 495. So the frequency is higher (2.84GHz VS 2.60GHz). The CPU performance is 13% higher.

It should be noted that the current Snapdragon 865 results are from the Qualcomm reference design platform. Thus, we are dealing with the engineering prototype. There will obviously be room for optimization in terms of firmware and drivers in the future. So the final brand production machines will have more ideal heat dissipation. Therefore, the future score of Snapdragon 865 will be higher.