You’d be surprised at the number of people that think home security systems only consist of cameras and an alarm. They often neglect other parts, such as motion sensors, motion-activated lights, video doorbells, door and window sensors, and smoke and heat sensors.

While all of them usually have to do with protecting your home from burglars and potential thieves, smoke and heat sensors actually work to protect your home from any unwanted accidents that might result in a fire. As such, they’re a somewhat different part of home security, but still an important one.

With that in mind, you should definitely have smoke and heat sensors throughout your home. They might end up saving it in case something happens, and the price you’ll pay for them is more than worth it. However, choosing the right ones and placing them well can be the difference between them working and saving your home, and them making no difference at all. To help you, below we answer the two most popular questions, in order for you to make the right decisions.

First things first, what type of heat and smoke detectors do you choose?

Yes, there is more than one type, and some work better than others when it comes to your home’s security.

The first type is optical beam smoke detectors, which are photoelectric, and are usually recommended for use in spaces with high ceilings, such as warehouses. They measure smoke over a large, open area, instead of a single location. They’re very sensitive to diluted smoke, and they’re extremely effective at detecting particles of smoke as a result of smoky, slow-burning fires.

They work by aiming a light source into a sensing chamber, with an angle away from the sensor itself. Whenever smoke enters the chamber, light is reflected onto the sensor, which triggers the alarm. You can have a transmitter at one end, and a reflector on the other, and they’re often used in buildings where a single-point smoke detector is not really economical.

For home use, though, you should go for ionization detectors. They monitor ions (electrically charged particles) in the air. If there’s smoke in the device, you have an electrical imbalance. The flow of the current is obstructed, which sets off an alarm when the current is too low. This kind of detector works best with fast flaming fires and is ideal when you have small areas with highly combustible materials. They’re pretty inexpensive, and the most popular type in the world. They often react very quickly, but sometimes they can’t differentiate between smoke and steam, which does make them prone to false alarms.

Now that you chose your detectors, where do you place them?

The positioning is crucial in order to ensure detection is efficient. While each detector will come with instructions as part of the user manual, there are a few basic tips that dictate placement depending on your ceiling type. Do note that you’ll have to comply with any building regulations when installing it.

If you have a flat ceiling, a smoke alarm will ideally go to the ceiling’s center. You should have it at least 300mm away from any surrounding walls, as well as from decorative objects and light fittings. Air won’t circulate well here, and this does affect the sensor’s operation.

The other option is with a sloped ceiling. In this case, you’ll want the position to be measured vertically, from the peak. You can have a smoke alarm as far as 600mm from the peak, and a heat alarm up to 150mm from the peak. As with a flat ceiling, you should do your best to have this be as close to the center of the ceiling as possible.

As you can see, placing the smoke and heat sensors isn’t too difficult. As long as you keep these few things in mind, you can sleep well knowing that your home is safe from any fire hazards. 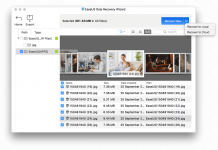 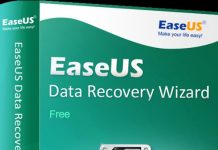 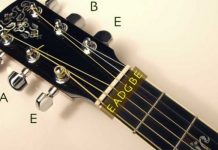