While the world is waiting for the arrival of the much anticipated return of Moto razr, China Mobile teased on its Weibo account that a Samsung W20 foldable clamshell phone is on its way and also with 5G support. According to the teaser, the phone will be launched in November and would succeed the Samsung W2019Â flip phone solely available in China.

Samsungâ€™s second phone with a foldable display is going to arrive in a clamshell form factor that opens to a tall display. We don’t know if the same hardware that Samsung teased earlier this week is related to the companyâ€™s upcoming W20 5G. 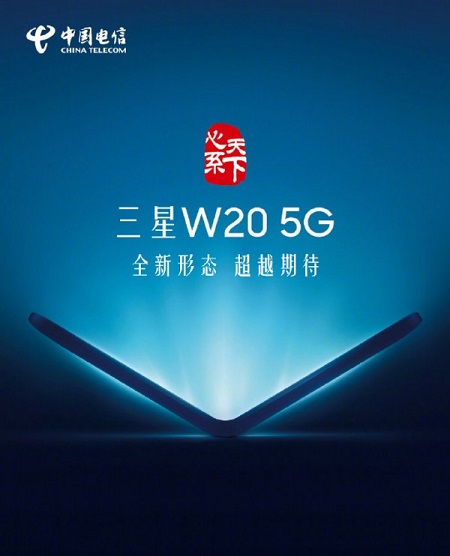 The November time frame of the phone’s is pretty interesting. It’s possible that while Samsung was fixing the issues it had with the Samsung Galaxy Fold, it had also been working on the W20. It’s unclear whether November will also see the start of the sales or only the announcement of the phone.

With Motorola reportedly holding its announcement of the new foldable Moto razr in November, perhaps Samsung wishes to unveil its W20 before it.

Whichever the case, weâ€™re going to see at least two fully foldable clamshell phones in 2020. We wonder if any other OEMs would jump on the bandwagon, and if so, we also wonder whether Samsung would finally consider selling its W flip phones outside of China.

Do You Know That Your Phone Has A Water Damage Indicator...