The arrival is almost upon us, yet its details would not stop leaking. Another leaked images of the actual Motorola razr foldable smartphone has surfaced, it’s all about the company’s iconic model reincarnation. The renders themselves are pretty revealing and leave almost nothing to imagine.

However, it’s always interesting to have another proof of the phone’s existence and what’s better than live images? A Weibo user posted a live photo of what appears to be Motorola’s Razr 2019 – it’s hard to miss it with that bulky chin, clamshell design and all-screen surface on the front. 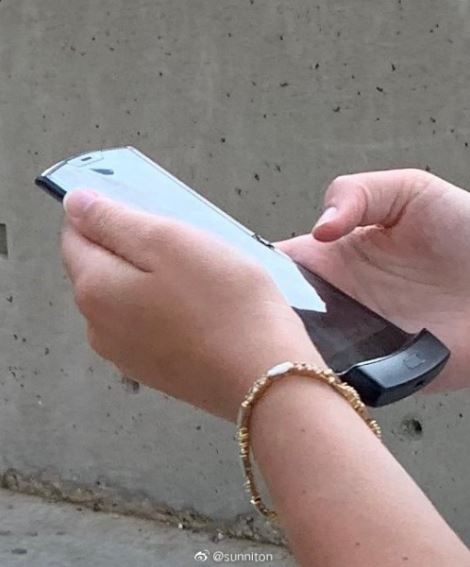 Given that there’s already someone using the phone for testing, it’s a good indication that the handset will hit the market pretty soon. Perhaps the initial rumor of a November launch isn’t as far-fetched.

vivo S9 To Be The First Smartphone With Dimensity 1100 SoC