Google keeps updating its browser that, in many cases, comes with interesting features and improvements. A few weeks ago, for example, there were reports that Chrome is preparing to synchronize the clipboard between several devices and recently, it launched the dark theme on Android and how it released a new menu for images and links management.

Now, according to the Chromium blog,Â Google has reported an upcoming feature that, on the one hand, will notify users when a website is slow to load, and on the other, it will reward those websites that offer good speed with a clear badging.

As mentioned above, Google is testing a new system to identify the speed at which websites are loaded in Chrome. So that the user can know if a page loads quickly or slowly. Googleâ€™s intention is to reveal to users a status that lets them know when a page is likely to be slow depending on their device and network conditions. 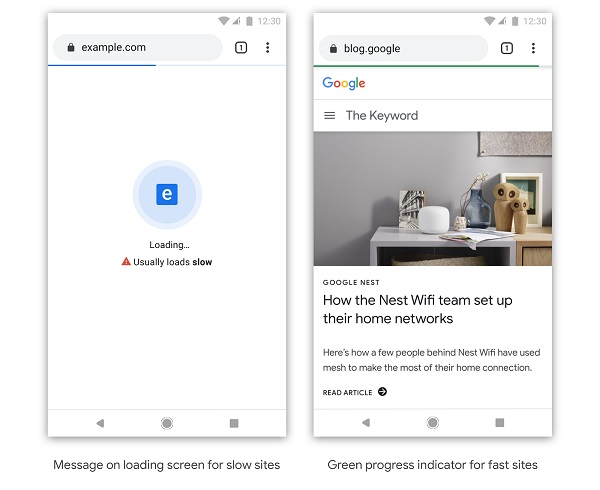 However, Google says its plan to identify sites that are fast or slow will be carried out gradually. And based on increasingly stringent criteria that may include other factors besides speed.

Anyways, this simply means that developers needs to optimize the performance of their pages. Using resources from Google itself, such as PageSpeed â€‹â€‹Insights, an online tool with speed data. Besides Lighthouse which is another tool that provides personalized advice to improve a site Web.