Few months ago, WhatsApp rolled out new privacy settings for Groups that lets you choose who can add you to Groups. The feature was rolled out mostly in India initially and now, WhatsApp has started rolling out the group privacy settings globally for more users and also adds a new Blacklist feature.

While the new Group Privacy settings option allows users to blacklist certain contacts from inviting them to groups, the Group Privacy Blacklist function replaces a previous option which prevented all users from automatically inviting you to groups with a new setting named “My contacts except…”. 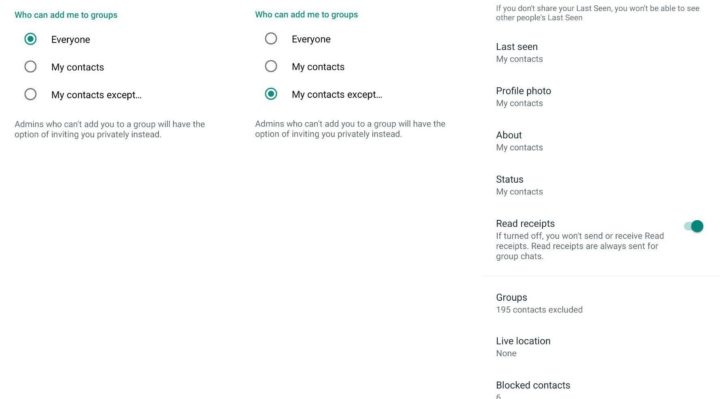 In cases where group invites are blocked, users will be prompted to send you a private invitation through the individual chat, giving you the chance to join the group.

How To Prevent Groups From Adding You Without Your Permission

Go to settings>> Account>>Privacy>>Groups and choose or prevent users from automatically adding you to groups without your permission.

The Group Privacy settings are gradually rolling out to more iOS and Android users globally and the new Blacklist feature is rolling out to iOS users as of now. Users need to update their WhatsApp version to the 2.19.110.20 for iOS and 2.19.298 for Android to receive the updated Groups settings.

MediaTek Is Working On A 5G Chipset for Midrangers; Coming Next Year

WhatsApp Pay Will Expand to More Countries This Year: Zuckerberg

Facebook Blames Apple For The Hacking Of Amazon Founder’s iPhone