WhatsApp Is Working on Disappearing Messages for Chats

WhatsApp is one of the most popular social networking app and one of its most used features is Groups. Groups can be lively and WhatsApp is testing an interesting feature: â€œDisappearing messagesâ€

According toÂ WABetaInfo, WhatsApp is testing disappearing messages for groups. And as the name suggests, these are messages that are scheduled to be automatically removed after a set period.

The setting will be added into the â€œGroup settingsâ€ option where you can toggle the option on or off. If you switch on the feature, you can set the message expiration time. 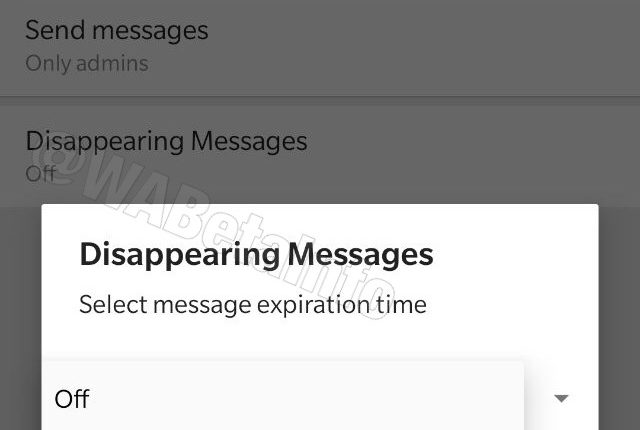 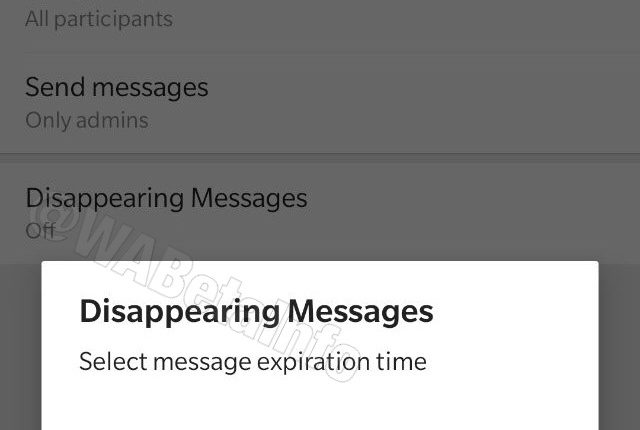 Prev 1 of 2 Next
Related Posts

Interesting enough from the screenshots, you can only choose between 5 seconds or an hour. This could change since the feature is in an alpha stage and they may add more options in the future.

When you enable the disappearing messages option, any message will be automatically removed and there will be no tracks available in the chat about the deleted messages.

From the screenshots, it seems like the feature will be available for Groups but it wonâ€™t be crazy to think that it might be ported to private chats as well.

This feature is currently in an alpha stage development so it might take a while before we see it on the beta channel. If it appears on the beta apps, it has a high likelihood of being released globally.

The disappearing messages feature sounds rather similar to the â€œSecret Chatsâ€ feature on Telegram Messenger. On Telegram, you can set up a â€œSecret Chatâ€ where you can set a timer which will delete everything when the time expires. You are also not permitted to take screenshots in this mode.