When we are talking about the most leaked smartphone to date, Google Pixel 4 certainly tops the list. Bcktracking to June when all it all started and even Google itself outed what the Pixel 4 would look like four months ago and well, everything about this flagship phone leaked online in the time leading up to todayâ€™s announcement.

Google has officially launched the Pixel 4 and 4 XL at the Made by Google hardware event in New York today, basically confirming every hardware specifications and feature about its flagship including the price and availability. If you wish to know every small detail about Pixel 4 lineup, then let’s go further as we have listed the entire specs sheet and feature set for both variants down below:

With the Pixel 4 lineup, Google is making a significant change in the design front and is swapping out the signature â€˜dual-toneâ€™ back panel finish. Both the Pixel 4 and 4 XL now feature a single-color glass panel with a matte finish, along with a black colored square camera bump and edge grip. 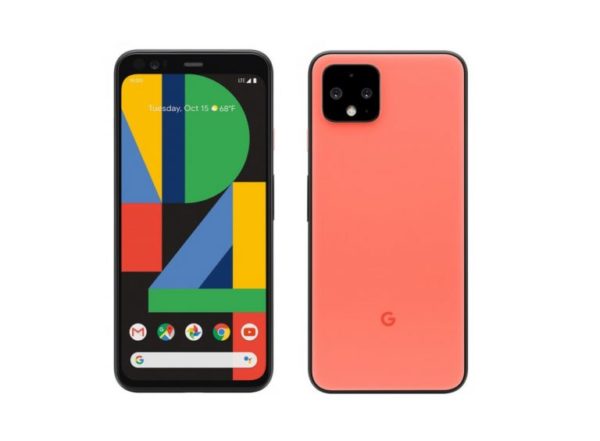 Another important design decision that we love is that Google is not discriminating between Pixel 4 and the bigger Pixel 4 XL. Both now sport the same curves, same front display panels (except for a difference in resolution, more on this below), and the same back panel design.

The Google Pixel 4 and 4 XL are equipped with a 5.7-inch Full-HD+ and 6.3-inch Quad-HD+ displayÂ respectively. Both the display panels feature a higher 90Hz refresh rate, which has gotten popular of recent â€“ especially since the launch of OnePlus 7 Pro.

To save on battery, the display will revert to 60Hz when thereâ€™s nothing interesting happening. The screen has HDR support and an Always On mode as before and gets a new Ambient EQ that tracks the surrounding light to optimize the colors on the display for the best viewing experience.

The Pixel 4 lineup is powered by the Snapdragon 855 chipset and well, Google seems to have finally listened to the influx of memory management complaints on Pixel 3 phones. Youâ€™re now getting 6GB of RAM on both the Pixel 4 and 4 XL instead of 4GB of RAM that weâ€™ve seen on its predecessor. While this sounds great, itâ€™s disappointing to see that the base storage is still stuck at 64GB and only goes up to 128GB â€“ that too at a time when flagship phones are offering 1TB onboard storage.

In addition, Google Pixel 4 now also comes equipped with a new Pixel Neural Core chip which will enable this flagship to handle the machine learning and computational tasks, which are core to this smartphoneâ€™s experience.

At Last, Pixel Phone Has More Than One Camera

TheÂ Pixel 4 XL has the same camera hardware as its smaller sibling. Google has been pinning down just one rear camera sensor on its Pixel smartphone until date, however, the Pixel 4 finally take a step forward. Pixel 4 is the first Pixel smartphone to sport a dual rear-camera setup. It includes a 12MP primary camera lens, paired with a 16MP telephoto lens with 2x optical zoom and up to 8x hybrid zoom (with Pixel 4â€™s well-known SuperRes feature). The telephoto camera is the first on the Pixel brand.

Thereâ€™s a third module on the back, but itâ€™s not a camera it’s a spectral + flicker sensor. Thereâ€™s no ultrawide angle camera here, even though the Pixel 3 duo had one (on the front, but still).

New computational features baked into the Pixel 4 are Live HDR (which will show how a scene would look like after HDR processing in the viewfinder), dual exposure controls (it was leaked before and well, gives you control over brightness and shadow of the scenes before clicking a picture), improved white balance to better handle colors in your photos (using machine learning and semantic segmenting).

Thatâ€™s not all. Google Pixel 4 comes with a better portrait camera to offer better life-like bokeh and well, letâ€™s not forget the Astrophotography mode. Itâ€™s one of the new features weâ€™ve already experienced with the leaked Google Camera 7.0 and it takes a longer 15-second exposure to click pictures that look like the Milky Way.

Another highlight feature of the Pixel 4 lineup will have to be Face Unlock. And well, it might come as a surprise to many but Google seems to have taken cues from Apple to solely bake Face Unlock into its latest flagship for biometric authentication. This means youâ€™ll not find a fingerprint sensor on this flagship â€“ neither a physical nor an in-display one. 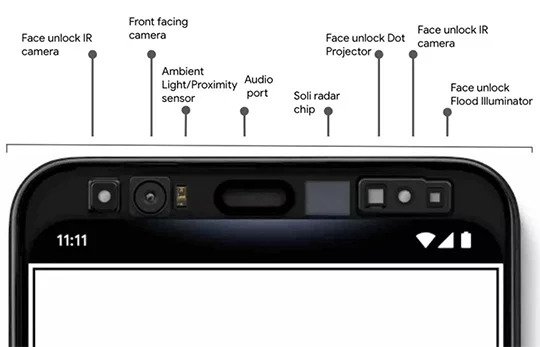 As you can see in the image above, the taller top bezel in the Pixel 4 and 4 XL includes Face Unlock hardware. It looks pretty similar to Appleâ€™s Face ID hardware and you find components including Face Unlock IR camera, flood illuminator, and dot projector. All of these work together to make Pixel 4â€™s Face Unlock feature snappier and comparable to iPhones.

Pixel 4 is the â€œfirst smartphone to feature a radar sensorâ€ called the Soli radar chip. This is more accurate when it comes to tracking hand gestures, but has the unexpected drawback of being disabled in some countries (e.g. Japan).

Anyway, Soli completes the hands-free experience of using a Pixel 4 â€“ you can use it to check notifications or change trackss, control playback, silent incoming calls, snooze alarms, and for more complex actions you just say â€œHey, Googleâ€ and talk to the new, updated assistant. Active Edge makes a comeback and you can trigger certain actions by squeezing the phone.

While the OnePlus 7T lineup may be the first couple of devices to launch with the latest Android 10 software experience out-of-the-box, the Pixel 4 and 4 XL too comes with the same â€“ obviously. We are talking about a Google-made smartphone here, so you do get exclusive software features like the new Google Assistant experience thatâ€™s super fast. I mean, it uses a hybrid approach to deliver results faster than ever before.

Also, Google has baked a new voice recorder app into the Pixel 4 and itâ€™s pretty awesome as it not only saves recordings but also gives you text transcriptions in real-time. And the best part is that it works offline and you can even search for certain parts of the text you said in one of the recordings. 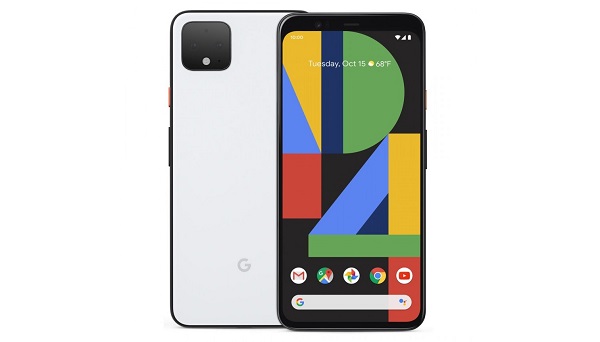 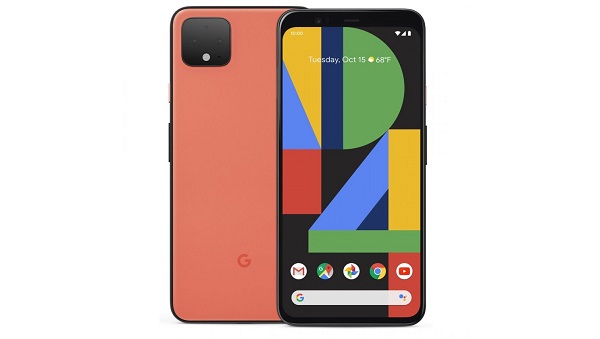 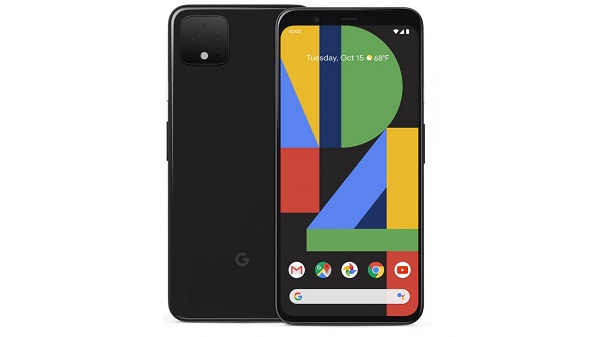 The smaller Pixel 4 houses a measly 2,800mAh battery whereas the Pixel 4 XL houses a bigger 3,700mAh battery and well, those battery packs still seem less for 90Hz displays that are baked into these smartphones. Google, however, says the device automatically adjusts the refresh rate of the display to preserve battery life.

Starting with the US the Pixel 4 and 4 XL can be had starting at $799 and going all the way up to $999, while in Europe the pricing tops at â‚¬999, which still puts the priciest Pixel at an advantageous position when compared to a 64GB iPhone 11 Pro, let alone a 64GB Pro Max.

It’s a shame that Google didn’t increase the base storage to 128GB and give video shooters the option of a 256GB or even 512GB storage.

Who do you think would be the winner? Share your thoughts with us in the comments section below.