TheÂ OnePlus 7T Pro has been launched and it comes with the typical upgrades one would expect from a T-phone â€“ nothing as major as the regular 7T upgrade. Aside the coming in a Pro version, it brings alongside the McLaren Edition, whose exterior draws inspiration from the racing legend.

Under the hood, the OnePlus 7T Pro is powered by the Snapdragon 855+ chipset â€“ thanks to higher clock speeds, it promises 15% higher graphics performance. That will surely come handy as the list of games that support 90Hz screens grows. 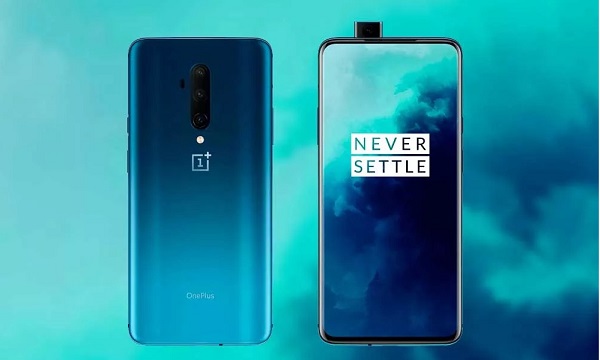 The other big change is that the phone now supports Warp Charge 30T â€“ the â€œTâ€ version is 23% faster than the 30W charger that debuted with the OnePlus 7 phones. While the peak power is not higher, the new charger keeps its foot on the throttle longer.

While 16MP pop-up selfie camera is unchanged, the triple camera on the back did get a new feature – the macro mode from the 7T. Speaking of the 7T, the Pro model boasts a longer focal length on its zoom camera (3x over the main cam) as well as OIS. The 48MP main sensor and 16MP ultra wide are the same otherwise.

The OnePlus 7T Pro McLaren Edition comes with 12GB of RAM and 256GB storage. Its back has a symmetrical wood grain appearance and papaya yellow around the sides. You also get a soft alcantara case, a material popular in the automotive world.

Both versions of the phone will launch with OxygenOS 10, which is (you guessed it) based on Android 10. The McLaren Edition features some exclusive features, like McLaren-themed wallpapers and icons, also notifications illuminate the curved sides of the display in the trademark papaya orange color.

The OnePlus 7T Pro will be available in Europe next Thursday while the McLaren Edition is coming on November 5.

Besides the EU, the 7T Pro is coming to India, China and Hong Kong. Prices in India are set at INR 53,999 for the regular 7T Pro and INR 58,999 for the McLaren Edition. Notably, the phone will not be available in the US.

Nokia 8.2 5G is an affordable 5G phone with pop-up camera

Windows 10 November 2019 Update: The next Major Windows Update is coming