A new data has been released by the Nigerian Communications Commission (NCC). The new revealed that Nigeriaâ€™s telecommunication company, MTN, lost a record of 667,245 internet subscribers in just one month.

NCC recent reports shows that MTNâ€™s total internet subscribers stood at 52.2 million in July 2019 while the number dropped to 51.6 million in August.

9mobile lost another 176,575 internet subscribers. It should be noted that 9mobile has continued to lose subscribers for the past 2 years. At this point, 9mobile will need a strategic push in order to remain relevant or active otherwise it will continue to go down. 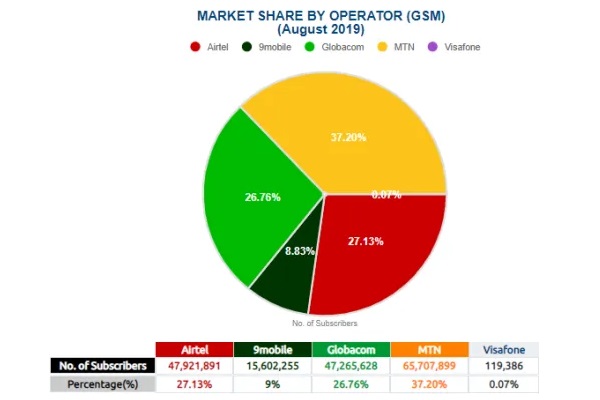 From the above report, if measure is not taken, 9mobile might soon be close to closing down its shops.

Motorola One Macro Specifications and Price