One of the top 3 telecom mobile operators in Nigeria, Globacom has launched a new promo to empower all its customera tagged Recharge and Win Big known as My Own Don Beta.

The promo, according to Glo, offers subscribers on the network chances to win life-enhancing prizes such as tricycles otherwise known as keke, grinding machines, generators and sewing machines. 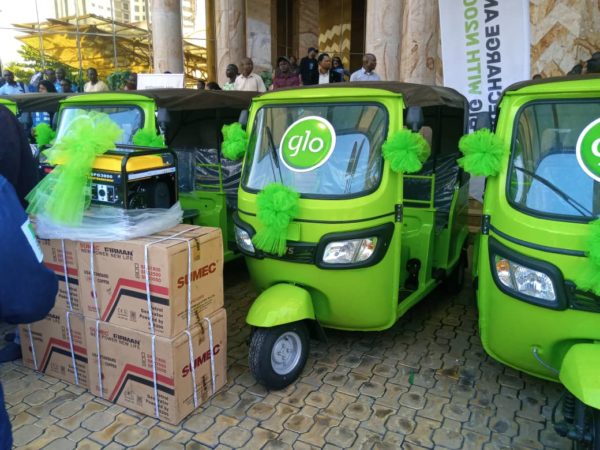 Speaking while launching the consumer promotion at the company’s Headquarters in Lagos, Globacom’s Retail and Consumer Sales Chief, Mr. David Maji, said that My Own Don Beta offer started on Thursday, October 3, 2019 and would be opened to all new and existing prepaid and postpaid subscribers.

Stressing that the items to be won in the promo were carefully selected to empower Nigerians to create wealth and even become employers of labour, Maji added that subscribers in all parts of the country would have a chance of emerging winners.

How to Participate In Glo My Own Don Beta

He explained  that the modalities for participation was simple as all a prepaid subscriber needed to do was to recharge with a total of N200 in a day either in one recharge or cumulative recharges.

“The more the recharge, the more entries the customer gets to the draw, thus the higher chances of winning”, he emphasised

“Glo strongly believes in rewarding and empowering its numerous customers across Nigeria. Our objective is to transform thousands of lives through these empowerment packages to enable them become self-employed and ultimately affect the lives of those around them”.

Prize-presentation events would be held in Lagos, Abuja, Port Harcourt, Benin, Ibadan, Kano, Jos, Enugu and Onitsha. The more you recharge, the more you increase your chances of winning.

Huawei To Offer Support For MTN 5G Rollout In Nigeria