The Xiaomi Mi A3 was officially unveiled in July, launched first in Spain, before the Ukraine launching, Malaysia, and in India a few weeks ago. The smartphone has now made its way to Nigeria albeit with little or no fanfare at all. 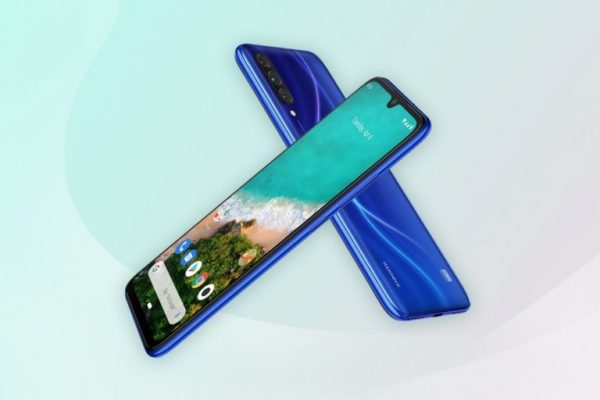 The Xiaomi Mi A3 has a 6.01-inch HD+ (1560 x 720) Super AMOLED display with Gorilla Glass 5 protection. It has a notch for a 32MP selfie camera and also has an in-display fingerprint scanner. It is powered by the Snapdragon 665 processor. On the back is a 48MP primary camera paired with an 8MP ultrawide angle camera, and a 2MP depth sensor.

The Mi A3 runs pure Android 9 Pie and should get at least 2 major OS updates. There is a 4030mAh battery under the hood with support for Quick Charge 3.0. It has dual SIM support (hybrid), an audio jack, FM radio, Bluetooth 5.0, and an infrared blaster.

Mi A3 Price In Nigeria 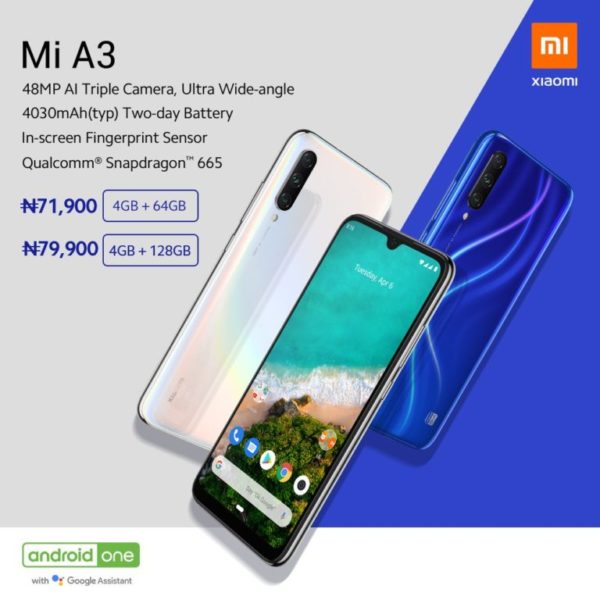 The 64GB version has a price tag of ₦71,900 (~$198) while the 128GB version is priced at ₦79,900 (~$220). The official Xiaomi Nigeria Twitter account said it is available across phone stores nationwide. We checked a couple of online stores and the only place we found it is on Slot.ng and that’s the 128GB version.