By TellForce Blog On Sep 6, 2019
Share
Join Us On Telegram

Over the years, the biggest biggest electronics show in Europe is the IFA, and,it was the place Huawei chose to unveil a new Mate, the biggest of its flagship phones. Thatâ€™s not the case in 2019. This means that we wonâ€™t see the Mate 30, the latest in the series, until Sept. 19, when itâ€™s due to launch in Munich. Instead, Huawei has unveiled its next-generation silicon that will power its upcoming mobile products, the Kirin 990 chipset. 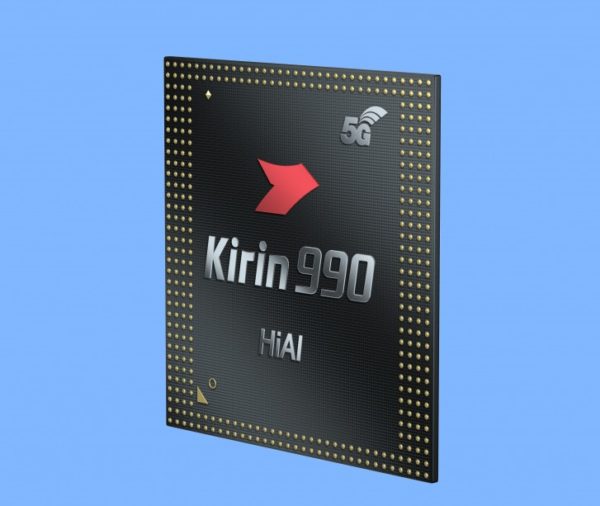 The Kirin 990 5G is also the worldâ€™s first mobile SoC with more than 10 billion transistors, making it more efficient with power consumption.

But perhaps the most exciting thing about the Kirin 990 is that itâ€™s also the first full-frequency 5G SoC â€” itâ€™ll support both non-standalone and standalone architectures as well as TDD/FDD full frequency bands. The Kirin 990 is a true unified design, supporting Sub-6 GHz 5G networks on both SA and NSA architectures. To date, neither Qualcomm, nor Samsung, (nor Apple), have a unified chip design, Huawei is the first.

The Kirin 990 5G is a 7nm octa-core chipset that has 10.3 billion transistors. It uses two big, two middle and four little cores to optimize multitasking, with clock speeds of 2.86GHz, 2.36GHz and 1.95GHz respectively. The 990 5G also packs a 16-core Mali G76 graphics processor which should offer plenty of power for mobile gaming, as well as smart cache built in to reduce bandwidth by up to 15 percent. 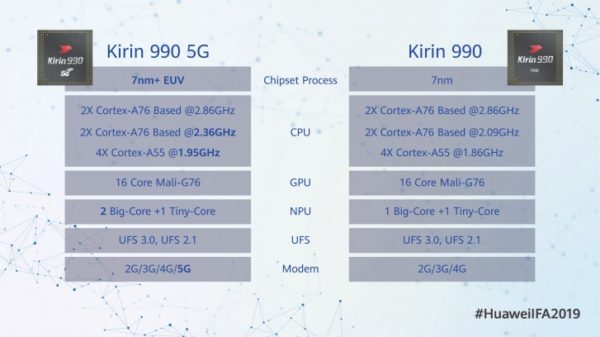 To aid with mobile photography, a new fifth-generation Dual ISP boasts DSLR-level hardware noise reduction and block-matching and 3D filtering. Huaweiâ€™s smartphone cameras already produce stunning low-light results, but it looks like that can be improved further. Dual-domain noise reduction will also be available for use on video production, as well as frame-by-frame AI color adjustments.

Aside from implementing the 5G modem, the biggest change in the Kirin 990 is going to be the NPU, or Neural Processing Unit. Boiled down to basics, itâ€™s a coprocessor optimized for the sort of vector math thatâ€™s the lifeblood of machine learning frameworks like Facebookâ€™s Caffe2 and Googleâ€™s TensorFlow.

Qualcommâ€™s AI Engine,Â Samsungâ€™s own Exynos 980, and Appleâ€™s A12 Bionic achieve the same ends through different means, but Huawei claims its homegrown Da Vinci architecture â€” the evolution of the NPU in the Kirin 970 and 980, which were designed by Cambricon â€” is far and away the most capable. 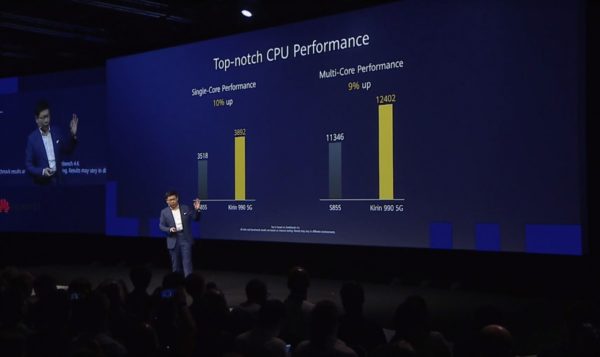 Thereâ€™s still a bit of worry within all this however. The Kirin 990 relies extensively on Armâ€™s chip designs for both its CPU and GPU elements. However, Huaweiâ€™s relationship with the British chip designer was thrown into disarray earlier this year when the US imposed sanctions on the Chinese company. 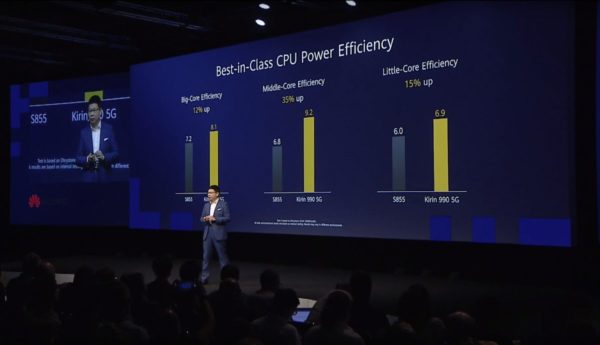 Huawei has a press event in Munich on September 19, where we are expecting the Huawei Mate 30 and Mate 30 Pro flagship phones to be announced â€“ and likely a 5G model as well, which perhaps might be the Pro 5G only. Weâ€™re extremely eager to hear more and experience the Kirin 990, so hopefully we get to see its full potential when the time comes.