Huawei Mate 30 Not Coming with Google Apps. Here’s The Solution

By TellForce Blog On Sep 9, 2019
Share
Join Us On Telegram

It’s no longer news to our ears that the Huawei Mate 30 will come without Google services. More and more information keeps confirming the possiblity but Huawei already seems to have some solutions for users.

At the IFA in Berlin, where Huawei unveiled its new Kirin 990 processor, the brandâ€™s CEO, Richard Yu, took the opportunity to answer some questions. 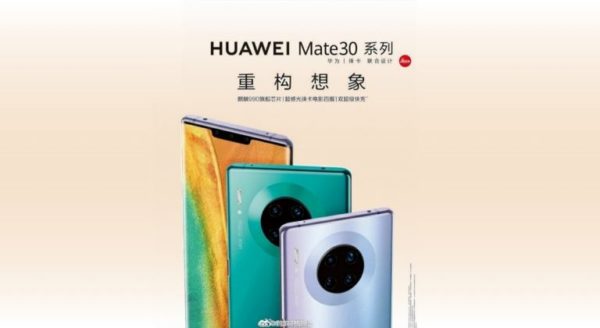 Huawei CEO said they are looking at how Huawei Mate 30 users can download and install Google Apps and services after they have their smartphones in hand. That is, once again, confirms the strong possibility that the Mate 30 will not rely on Google services.

Since Android is â€œopen sourceâ€ the CEO said it would be â€œquite simpleâ€ for the user to install Google services onÂ Huawei smartphones. A statement that is not a lie but not true either

Most relevant applications that the Huawei Mate 30 will not have

A Bigger Issue In Stock For Huawei

The problem is that Huawei cannot offer these Google services in its app store. Due to the impediment of negotiation with American companies. However, Yu also notedÂ that third-party developers have been working with them on possible solutions, as Huawei itself is unable to provide Google Mobile Services on new products due to the ban.

This is not the first time a manufacturer tasked users with installing Google services instead of offering pre-installed support. Chinese brand Meizu previously allowed users to install Google services via an app store pre-installed on its phones. This could, therefore, be one workaround for Huawei if/when the Mate 30 series hits the West without Google support.

But, when an app is not in the Google Play Store, users risk installing Apps via APK and third parties. If users know what they are doing it is not a problem. However, there are very good people who have no idea. An example of this was Fortnite and the malware and spyware madness that was spread to Android due to fake Apps.

Vivaldi Browser For Android Is Now Available. Download it here