After some series of unprecedented teasers, the Google Pixel 4 has finally gotten a launch date â€“ October 15. The tech giant has scheduled an event in New York City, a â€˜Made By Googleâ€™ event and is already sending invites for the same to media, according to a postÂ byÂ The Verge.

Apart from the Pixel series, we are expecting a few other hardware devices, such as the rumoured Pixel Book 2 and new GoogleÂ Home smart speakers. 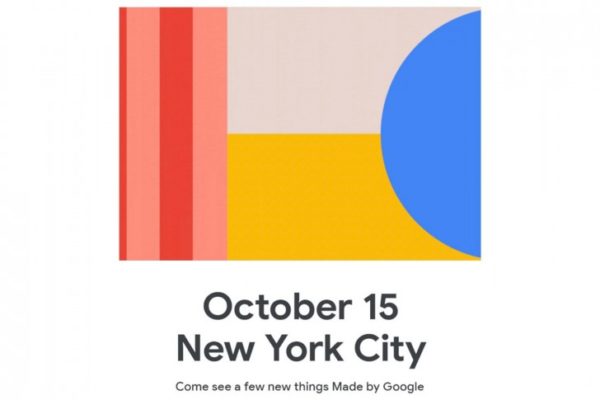 The Pixel 4 has been all over the place in the last few days and quite a few jokes have been circulating the interwebs picturing the rampant nature of the leaks. And it cannot be denied as this is the second time such a bizarre way leaks have occurred.

More than a couple of videos have appeared showing the Pixel 4 series and many of their highlighted features including the 90Hz refresh rate toggle, Ambient EQ, new camera UI, 3D face unlock options, and a lot lot more. Then of course, thereâ€™s Soli gestures which weâ€™re interested to see. Google has said that itâ€™s at work on a sequel to 2017â€™s Pixelbook laptop and we hope it doesnâ€™t fail like last yearâ€™s Pixel Slate tablet.