Last week, Xiaomi introducedÂ the Redmi Note 8 Pro with a 64 MP main camera. The smartphone arrived on the shelve this week and it already smashed the brandâ€™s record for the first sale – it pushed over 300,000 phones in its first day on the market. 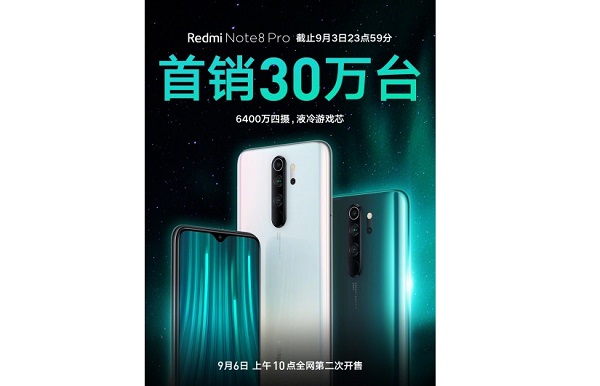 For comparison, the predecessor Redmi Note 7 saw â€œonlyâ€ 100,000 phones sales on the first day, even if they sold in under 10 minutes.

Both phones are currently sold only in China – Xiaomi India director Manu Kumar Jain announced the Pro version will hit India and other global markets at least eight weeks after the official launch, masking it behind the slogan â€œ8 weeks for the Note 8â€.