Facebook is now offering facial-recognition features to all of its users, however says it will keep the capabilities turned off by default.

According to the Social Media giant, facial recognition will be off for all new users by default – so they can choose turn it on if they like it. Same also goes for existing users who do nothing in response to a forthcoming alert about the new settings. This means facial recognition wonâ€™t be used by default to recognize a user in photos or videos, or to suggest their friends tag them in such content.

Facebook previously began offering some users a setting in late 2017 that allowed them to decide broadly whether or not facial recognitionÂ was used in their Facebook experience. With the announcement Tuesday, Facebook is expanding this option to all of its users. 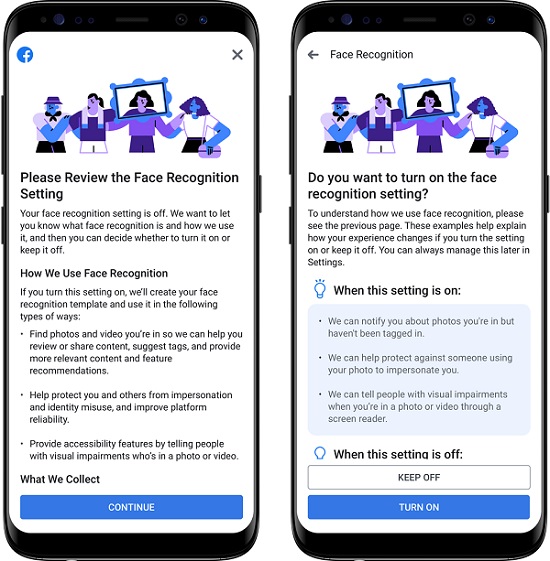 Facebook said those who donâ€™t already have the feature will soon receive a notice in their news feeds about the change, along with an option to keep it off or turn it on.

Facebook relies on facial recognition to send users alerts when their face is detected in a photo posted by a friend on the site â€” whether or not the person is tagged,Â which could be useful if someone tries to use a photo of you as their profile photo. It also offered a feature called â€œtag suggestionsâ€ that used facial recognition to automatically suggest users tag specific friends in pictures uploaded to the site. The company said a visible setting for that feature will be discontinued.

These changes will be effective globally starting today.