Google has officially launched the new version of Android Go. The system is the dedicated platform for cheap devices with limited hardware features. The new release is called Android 10 Go Edition and as always, from its birth, it brings high speed and better security. 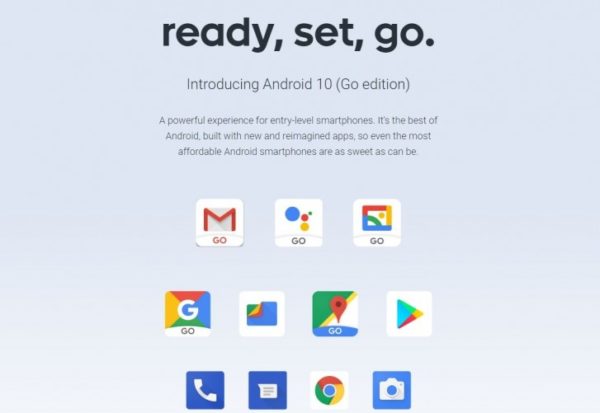 Android 10 Go remains a version of the green robot particularly targetted at smartphones with a maximum of 1.5 GB of RAM. Among the main innovations of the new release compared to Android 9 Go, its about a 10% faster when launching an app, according to the announcement of Google.

Another interesting news for Android Go is the introduction of device encryption. The important news for the security of usersâ€™ personal data comes thanks to Adiantum. A new type of encryption specifically developed for entry-level devices.

Moreover, Android 10 Go comes with a lot of new features to the user experience with Google apps. They include;

Alongside this great software platform,Â GoogleÂ cannot ignore the Android Go smartphone market: in the last 18 months, around 500 manufacturers have invested in the platform, presenting over 1,500 device models on the market in at least 180 countries worldwide. Among these smartphones, we also find some popular devices such as Redmi Go and Samsung A2.

At the moment, Google has not provided details on the timing and the method of distribution of the new Android 10 Go Edition.

Redmi 8A Specifications and Price