Google researchers have developed a sign language-translation tool that can be integrated into a smartphone. Google announced in a blog post that the tools capable of translating sign language already exists but still require powerful computers. For instance, SignAll or Kintrans. â€œOur method provides real-time performance on a mobile phone,â€ said Valentin Bazarevsky and Fan Zhang, researchers at Google.

To develop its technology, Google artificial intelligence used 30000 images of different hands in different poses. â€The perception of hands in real-time is a complex task because the hands move so quicklyâ€ say the researchers. Unsurprisingly, they relied on machine learning, a technology that allows computers to learn without having to be programmed beforehand. 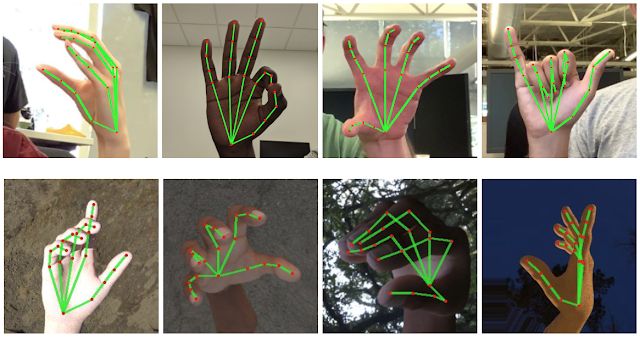 In order to simplify the task of AI and reduce the amount of data that algorithms need to sift through. Google has summarized the detection process into 21 hand reference points. In this way, the tool requires less power (no need for an overpowered computer, therefore) and runs faster.

Sadly, the firm still bumps into the translation of facial expressions, an integral part of sign language. In order to find a solution and accelerate the development of the tool, Google has decided to make the open-source project algorithms.

â€œWe believe that publishing this technology can give an impulse to new creative ideas and applications by the members of the research and developer community at large. We are excited to see what you can build with it!â€ says Google.