A couple days ago, Google announced the release of Android Q Beta 6 which will be the last preview of Android Q. Today, MIUI officially available for the Xiaomi Mi 9 and Redmi K20 Pro and can now receive the latest version of Android Q. So, what should users expect in the latest update? 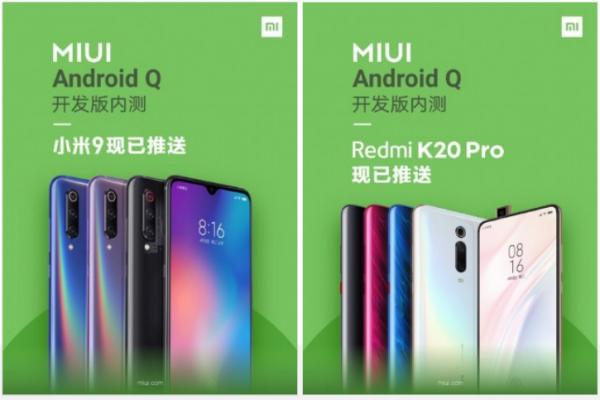 ALSO READ: Checkout All the Android Q Features Announced by Google at I/O 2019

After this update, we expect the first official public version of the Android Q. In addition, some OEMs are already prepared to release their latest system based on Android Q. Thus, this beta-testing phase should not take long. So all that remains is to wait until the end of August for the stable version to launch. As it was with previous versions.

Advertisement
Join Us On Telegram
ALSO READ:  MIUI 13 Not Coming On June 25 â€“ The List For Eligible Devices Is Unofficial
Advertisment