Qualcomm is obviously working on a new flagship processor and it’ll most likely be called the Snapdragon 865.

Also notable is the fact that the base clock speed for the chipset is 1.8GHz, which is higher than the Snapdragon 855’s 1.78GHz. 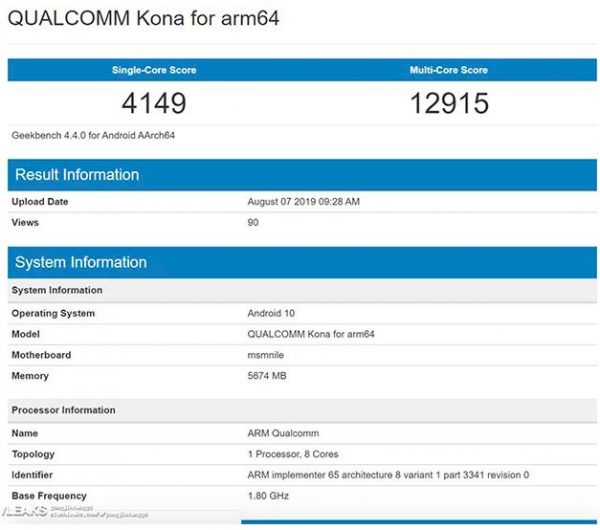 The Geekbench listing shows the chipset paired with 6GB RAM and running Android 10. Obviously, since this is a leak, we’d suggest you take this information with a pinch of salt.

Qualcomm usually launches its flagship chipsets at the Qualcomm Tech Summit that’s held in December, so we should get more information about the chip in the months leading up to the actual launch.

Still, do these scores look like a big enough improvement over the performance afforded by the Snapdragon 855. Whether they do or not, keep in mind that this is most likely a test unit being benchmarked and the actual Snapdragon 865 might end up offering even better performance.