TheÂ OnePlus TV will be launching next month and it’s confirmed to feature a 55″ QLED display. Now some more details of this TV have been revealed.

A screenshot of what appears to be a Google Play Developer Console listing reveals that OnePlus TV, codenamed “Dosa” (a South Indian dish), will be powered by a yet-unknown MediaTek MT5670 SoC and have a Mali-G51 GPU in tow. 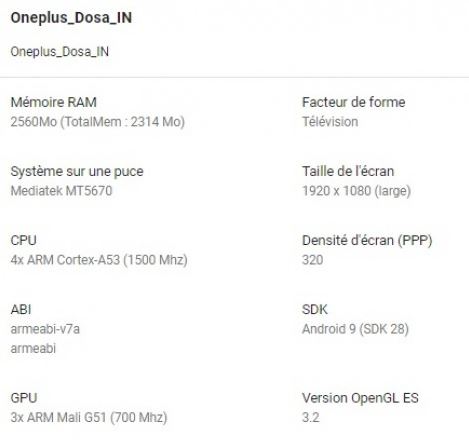 The OnePlus TV will have 3GB RAM and will run Android Pie. The resolution is listed as 1080p, but that’s likely for the menu, with the TV switching to 4K when required.

In an interview withÂ Gadgets360, OnePlus CEO Pete Lau revealed that the TV will run an “improved UI” atop Android TV and that it will provide an enhanced experience to OnePlus smartphone users, like offering a “seamless” way to enter a text on the OnePlus TV using a OnePlus phone. 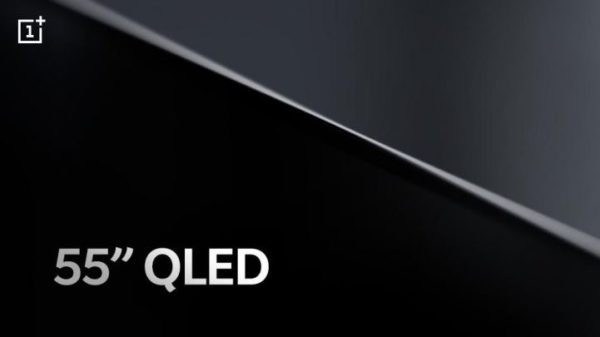 Lau further said that OnePlus TV won’t be budget-friendly like Xiaomi’s Mi TV range as the company is “only focusing on the flagship premium positioning” and that they are benchmarking against premium products from Samsung and Sony.

However, OnePlus’ offering will be slightly cheaper than that of Samsung and Sony’s because of its strategic partnership with Amazon.

OnePlus will launch its TV in India first, but it also has plans to expand its availability in other markets. The company doesn’t have a timeframe for that, though.