HMD Global recently confirmed that it will take off the wraps on its next-gen Nokia phones at the upcoming IFA trade show, which will hold from September 6-11 in Berlin, Germany. While the company didn’t reveal what exactly to expect, the 15-second video embedded in the post seems to indicate that a number of different devices, ranging from smartphones to feature phones, may be in the offing.

The most interesting thing spotted in the video is a silhouette of what seems to be the company’s 2nd-gen PureView flagship, rumored to be named the Nokia 9.1 PureView.

The device, allegedly feature a five-camera setup at the back just like its predecessor, will very likely be launched at the event, as spotted in one of the frames from around the 8-second mark (see below). 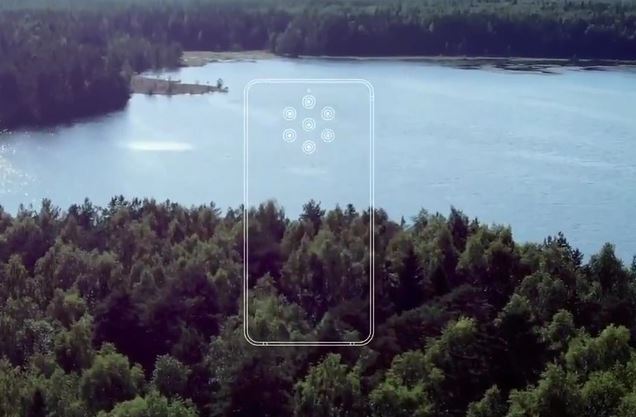 Latest rumours have leaked some info about a few of HMD’s other upcoming smartphones, including the Nokia 6.2 and 7.2. Unlike the 9.1 PureView, both these devices are going to be mid-rangers, but the later is expected to be the more exciting of the two.

If the speculations about the Nokia 9.1 PureView is currect, then we hope to see a well improved successor, compared to the current Nokia 9 PureView.